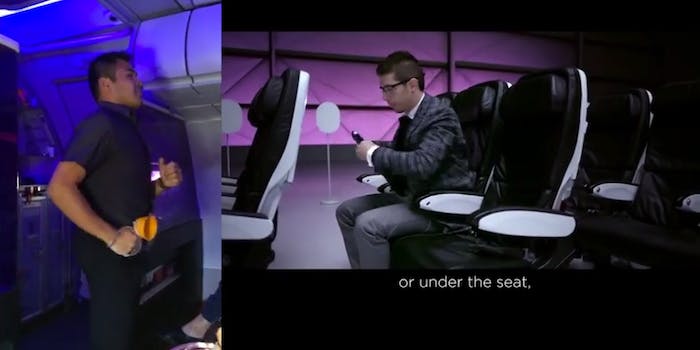 The Internet is real.

Even if you haven’t been practicing your best #VXSafetyDance, Virgin America flight attendants sure have.

The airline debuted the in-flight safety training video in October to spice up the previously dull but necessary routine of putting on a seat belt and what to do in an emergency.

But instead of just letting the video play before the flight, the attendants have been getting into the groove of things as well.

Zac Bowling witnessed this safety dance during a recent flight, and the flight attendant nailed every move—which is even more apparent when the two videos are placed side-by-side.

But this attendant goes beyond the video, opting to dance his heart out even when there’s not much happening onscreen.

It’s not the first time this has happened. HyperVocal found another Virgin America safety dance video from December, which may or may not be the same person featured in Bowling’s clip.

It might make you want to break out into your own dance, but you’ll have to wait until the plane lands.