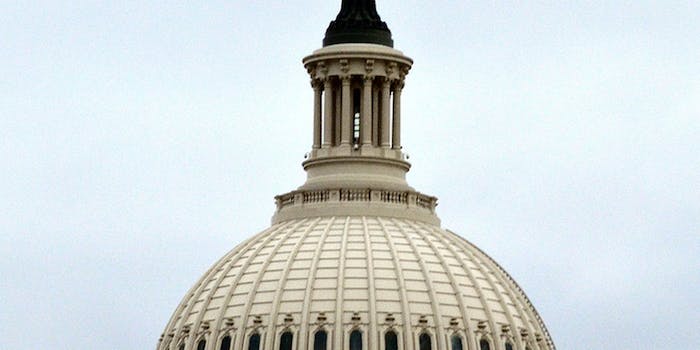 After staying up late on New Year’s Eve to sort of diffuse its own financial time bomb, Congress has faced no shortage of criticism for its divisiveness, procrastination and, well, all around suckiness.

So it’s a particularly good time for the Vlogbrothers to look at just why exactly Congress sucks so much.

“Congress was designed to suck at doing stuff, as they do, but they have to work together just enough to cover you know, the basics,” said Vlog Brother John Green in his latest rapid fire educational video.

But now, Green argues that Congress is in danger of losing the total faith of the American people in its ability to do anything—though he does it with the kind of characteristic wit and speed that has already attracted more than 100,000 viewers in just 19 hours.

Green squarely places the blame on a broken redistricting process. Citing statistical heartthrob Nate Silver, Green argues that “safe” congressional districts give voters less and less of a choice each year. Using the example of himself and his neighbor in a different congressional district across the street, Green points out how state lawmakers have contorted their states’ congressional maps for nakedly partisan reasons.

“In the next election, your most important vote might be for state (representative),” he said.

Reaction to Green’s video was, like any opinion on the web pertaining to congress, divided. Most commenters agreed with the overall sentiment expressed (re: Congress sucking), but not everyone was optimistic that voter education would changed the system.

“Sigh. As usual, the best solution has like, zero chance of ever actually happening,” said YouTube Commenter einootspork.