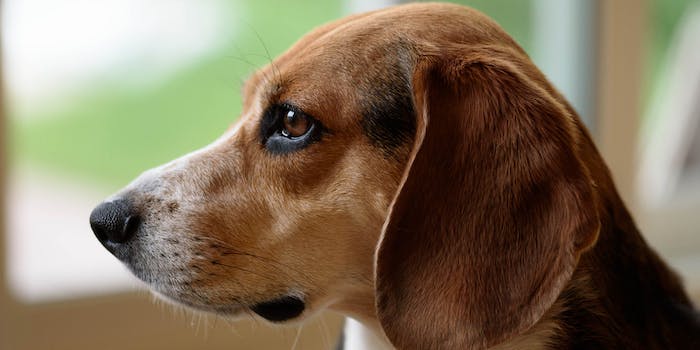 Is dog man's best friend, or man's only friend?

An ad on the Roanoke Craigslist has exploded far beyond the boundaries of southern Virginia because of what is being offered for free: a man’s girlfriend.

Staying put and decidedly not for sale? The man’s beagle, Molly.

“MY girlfriend does not like my beagle molly. SO i have to rehome her,” the mystery Craigslist poster wrote. He continued with a lengthy description, including, “She is a purebred from a wealthy area and I have had her 4 years. She likes to play games. Not totally trained.”

Finally, he finished it off with, “So… anyone interested in my 30 year old, selfish, wicked, gold-digging girlfriend? Come and get her! Me and my dog want her re-homed ASAP!!”

As the ad went viral, the poster quickly made a few edits to clear things up.

Update 06/24/ sorry but she has been re-homed her original breeders (Her Parents) have taken her back home Molly & I are Looking for a new one :)
-THIS WAS A JOKE – A GOOD ONE APPARENTLY
This has been a silly “WILLY BYERSS” production to make a point in a funny way thank you all for the laughs I got back in the emails… and thanks For putting this on the national news FOX ENT lol … I think the joke has run its course though I was just being my funny self … Now that a million people have seen this. The message I have is “ADOPT DONT SHOP & HAVING A DOG IS A LIFETIME COMMITMENT NOT JUST TIL ITS INCONVENIENT”
MY GIRLFRIEND LOVES MY DOGS AND I DONT HAVE A BEAGLE I HAVE A PITBULL NAMED “OLAF’ I DID EXPECT THIS TO GO A LITTLE VIRAL BUT NOT NEARLY THIS FAR… SO I’M GONNA SET IT STRAIGHT :) IT WAS ORIGINALLY JUST TO MAKE THE POINT TO NOT GIVE UP ON YOUR DOGS AND TO BE FUNNY”

Let’s just hope that his girlfriend doesn’t decide to get a cat, or he—and possibly even Molly—could be Roanoke’s next “Curb Alert.”