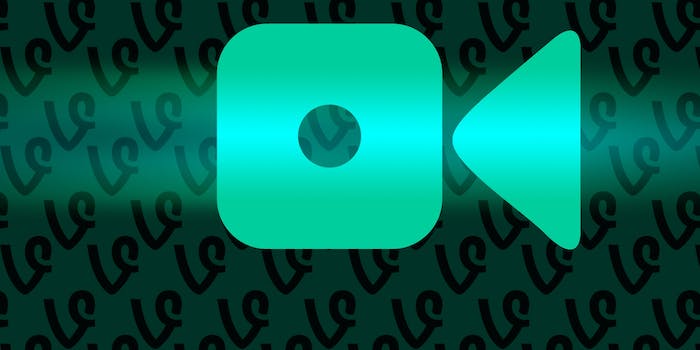 Make Kanye smile. See celebrity crotches. The games are free—you just have to tap one button.

Forget Candy Crush, 2048, or Flappy Bird. The most infuriating mobile game that has users tirelessly tapping their fingers in frustration is a six-second video that’s turned Vine into a digital version of Vegas with slot-machine loops.

If you’ve ever spent endless hours at Chuck E. Cheese, you’ll be familiar with the gameplay premise. These six-second loops ask users to employ the same strategy as the arcade classic “Cyclone.”

Instead of asking users to stop a flashing light in the right location, the vines bait users into tapping their phone screens until they land a pair of glasses on a baseball player. No tokens required, but you have to “like” the vine for a chance to play.

In one game, you try to get Channing Tatum’s head properly aligned on his body. In another, you land a smile on Kanye’s face. For the game creators, the end game is simple: get more likes by having users click until they win.

Sexualized spinoffs have also popped up. One lures users into ponying up a like for a chance to gawk at the groins of female celebrities. RAY ROD™ calls

Brands have even hopped on the latest Vine craze, co-opting the game to boost their reach on the app by having users comment with their results. The Chelsea Football Club created a seasonal slot where users tap to reveal which player they’d be. Guinness earns likes by revealing which world record you might hold.