This comic book is made with Vine

Manchester, England, digital agency Code Computerlove decided not to be completely constrained by the six-second limit on Vine videos. The team created a narrative using several clips and turned them into a comic.

The comic, aptly titled “The Last Drop,” tells the story of a personal war breaking out over the last drops of a milk jug (a tale most office workers can probably relate to). The agency cobbled together the videos on a dedicated webpage, using the function of Vine in a form we haven’t really seen before.

The comic is kind of adorable, using speech bubbles and captions to describe the action as Luke, the gentleman deprived of a “brew” due to a lack of milk, and Andy batter each other with weaponry that appears as if by magic.

The on-screen (and in-video) text makes up for the lack of sound on the comic’s website. When you watch the actual videos using the source link, you can hear the stamp of feet as the warriors gear up for battle, and the cue of the director as the comic reaches its climax. It’s a little awkward watching the stars of the comic mime with background noises seeping in, but it only adds to the charm. 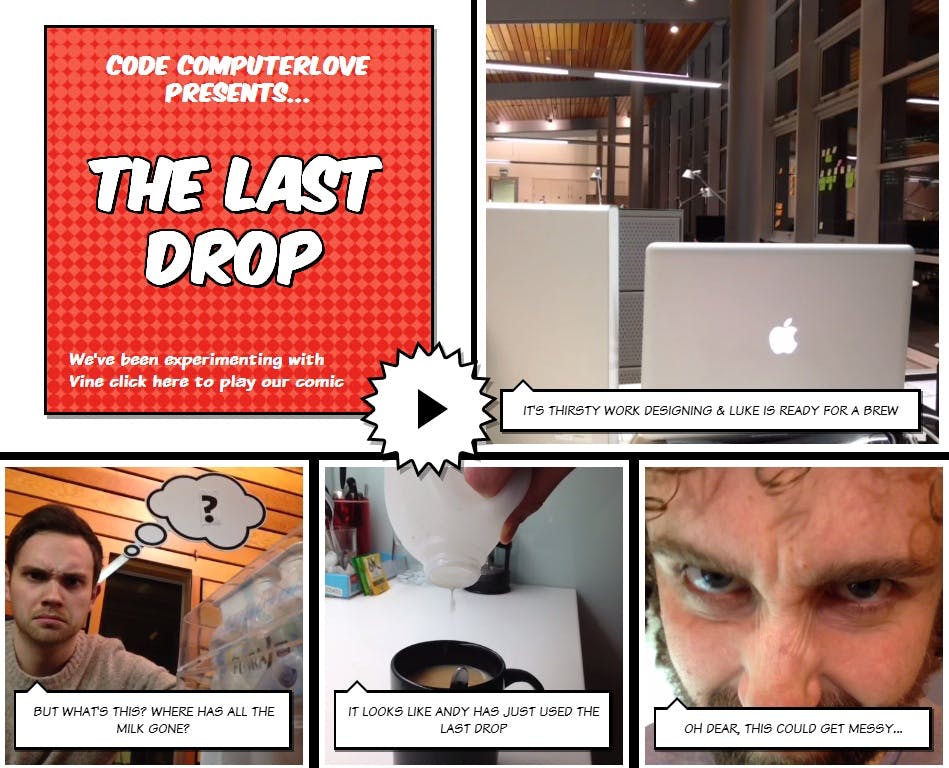