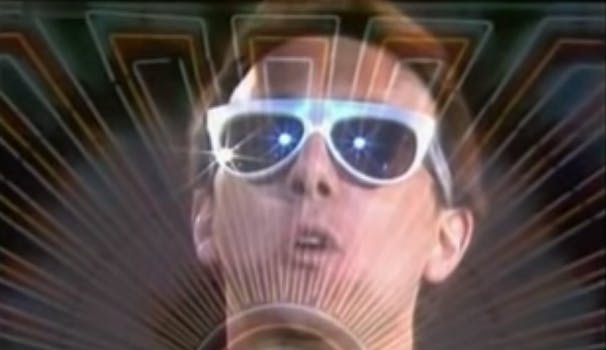 The 1979 hit single “Video Killed the Radio Star” by the British group The Buggles is about the effects of technology on media—and the world. But the internet has taken the catchy chorus lyrics (which are also the title) and turned them into a dark meme about the deaths of celebrities and other notable people. Sure, why not?

This is a simple object-labeling meme in which the “Video” is the killer and the “Radio Star” is the person or object that dies.

Here’s one about George Lucas killing characters in the Star Wars franchise:

Here’s one of Princess Diana and Queen Elizabeth II.

i haven't stopped thinking about this meme for an hour pic.twitter.com/j84zLxryxR

OK, this one is too real. Yolanda Saldívar was actually convicted of killing singer Selena.

There are dozens of other versions of this meme floating around Twitter.

Why people decided to spread this dark meme over the Thanksgiving holiday is unclear. But this meme shared by user @ka5sh apparently launched it. The meme shows child beauty queen JonBenét Ramsey as the “Radio Star” and her brother, Burke Ramsey, as the “Video.” (To be clear, the case is still unresolved, but the meme plays off a theory that her brother was involved in the murder.)

What does this mean pic.twitter.com/UW3RmQjQQV

Not all of the “Video Killed the Radio Star” memes rely on references to high-profile celebrity murders and deaths from the last few decades. Here’s a historical one from the Classical Art Memes Facebook group, which shows a painting of Henry VIII with Anne Boleyn—who was ultimately beheaded after the King charged her with adultery, incest, and conspiracy against him.

Even if this meme dies out quickly on the internet, one thing is certain: You won’t get this song out of your head for at least a week.