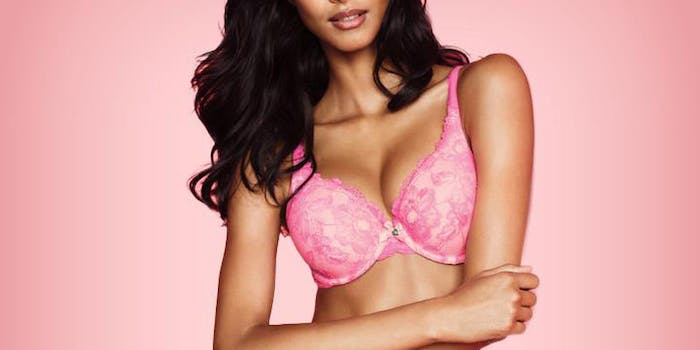 To be fair, Lais Ribeiro is a Victoria’s Secret lingerie model. That’s a subsection of humanity that tends to be pretty thin.

But thousands of Facebook users are crying foul over an ad featuring Ribeiro in a somewhat awkward pose, with her arms crossed in front of her right hip. They say it was clearly Photoshopped to make her appear even skinnier.

“biggest photoshop fail i have ever seen,” wrote Christian Jean-Louis.

The photo was featured on the popular Photoshop critique site Photoshop Disasters, which accused Victoria’s Secret of making Ribeiro look “like some kind of lanky alien/insect.”

On the other hand, the website Fashionista ran a side-by-side comparison of other photos of Ribeiro, presenting a compelling case that it’s possible that’s what she looks like in such a pose.

Even if that’s the case, though, some Facebook users aren’t pleased to see anyone with so little body fat being promoted. So far, 28 people have made a variation on the “she needs to eat a burger” joke.

Xiomara Cedeño is one of them.

“Can someone give her a burger please!! Lol,” she wrote. 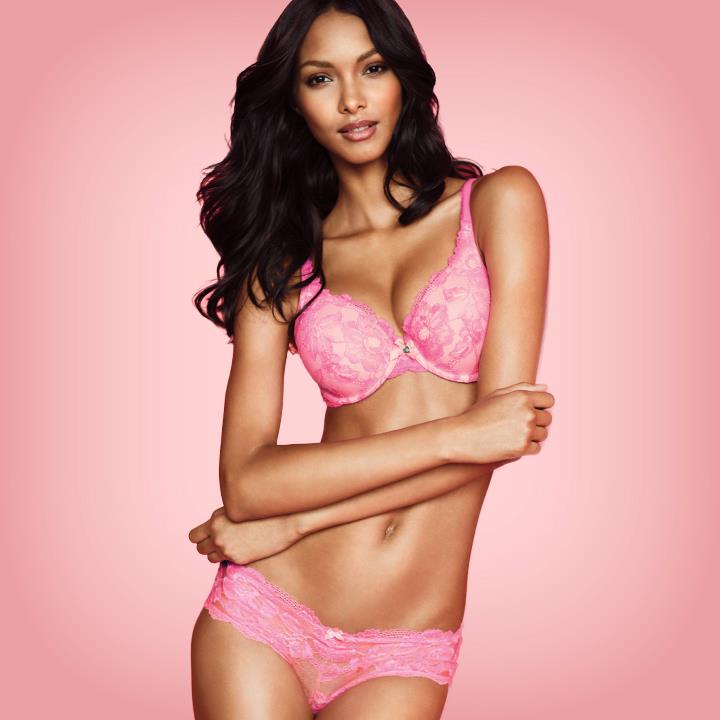