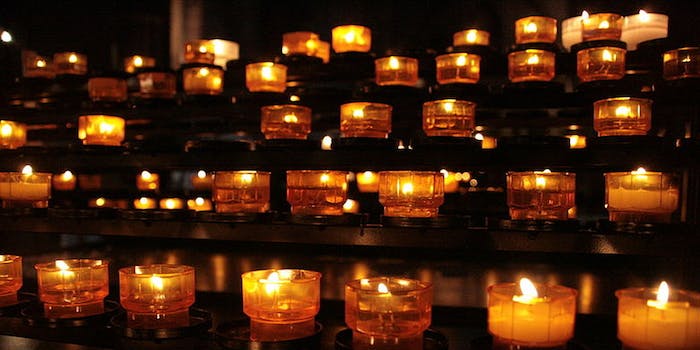 The danger is real.

Even the best of us can sometimes fall prey to vertical video syndrome—filming just a narrow column of space instead of tilting one’s phone sideways for a cinematic, YouTube-ready result. But now we can offer incontrovertible proof that this bad habit is more than simply irritating: It could mean the difference between an ordinary night out and setting your head on fire.

In the clip below, which could easily be edited into a helpful PSA, a woman leans over a pub table to squeeze into her friend’s unfortunately framed video selfie. In the process, she manages to dip her shoulder-length hair into the flame of a candle, preempting her attempt at duckface.

There’s a good chance, we like to think, that this young lady would hit it off with the Swedish bachelor whose recent brush with a bonfire was also caught on vertical video. Too bad he’s already engaged!