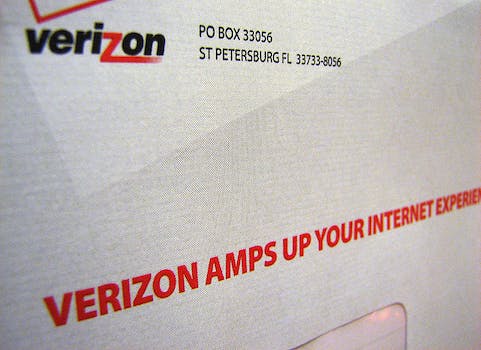 Leaked: Exactly how Verizon will punish you under “6 Strikes”

A leaked Verizon document lays out the consequences alleged pirates will face under the Copyright Alerts System, due to be implemented this year by all major U.S. Internet providers.

We still don’t have a firm date, but we know this much: The Copyright Alerts System (CAS), that massive new agreement between the entertainment industry and the biggest Internet service providers in the U.S., will subject people suspected of piracy to “educational” courses.

And thanks to a new leak of Verizon’s plan for the Copyright Alerts System, obtained by TorrentFreak, we now have an idea of what most American Internet users have in store.

This the only such leak from the participating ISPs so close to the CAS’s launch, which still doesn’t have an official date besides “early 2013,” as CAS executive director Jill Lesser told the Daily Dot in January. Per earlier remarks by Lesser, it’s safe to assume the others—AT&T, Cablevision, Comcast, and Time Warner—will be very similar.

The CAS is nicknamed the “Six Strikes” system, and it’s easy to see why: Customers thought to be pirating, which will at first only be defined as uploading files using peer-to-peer software like BitTorrent, get six escalating warnings to stop.

The CAS identifies potential pirates via a system called MarkMonitor, which finds the Internet protocol (IP) addresses of computers uploading specifically monitored files, like popular albums or recent movie releases. Those IP addresses are relayed to Verizon, which pairs them with account holders’ names.

There’s a number of potential flaws with that plan, though. It’s easy to fake an IP address, a fact that’s led to a lot of confusion in U.S. courts. It’s unclear how the system will affect non-residential Internet connections, like those at libraries or Internet cafes. And it was egg on the CAS’s face when news broke that MarkMonitor was being supervised by a consulting company called Stroz Friedberg, who for years collected lobbying money from the Recording Industry Association of America (RIAA), one of the CAS’s founding members.

Lesser has since promised that she’d hire a second consultant to vet MarkMonitor.

The CAS’s launch has been delayed numerous times. Most recently, in November, Lesser said that it was pushed back further because of Hurricane Sandy.

Verizon insists in the document that at least as of those first six strikes, it won’t turn customers’ names over to copyright-owning companies. However, it’s required by law to name pirates if required by subpoena and court orders, and groups like the RIAA have indicated they might sue customers thought to download after receiving all six strikes.