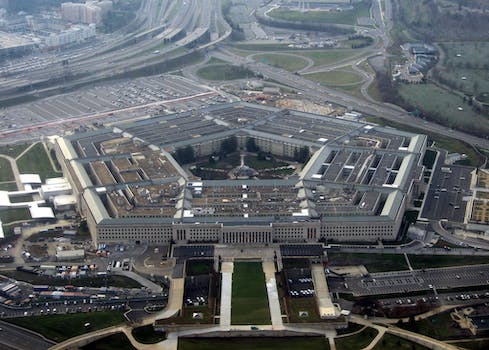 Two USA Today journalists say they were the targets of a well-orchestrated online smear campaign. And while they don’t know who the perpetrators are, the harassment coincided neatly with the course of their recent investigation, an expose of the U.S. military’s $100 million “information operations” in Iraq and Afghanistan.

Those campaigns, USA Today Editor Ray Locker and Pentagon reporter Tom Vanden Brook discovered, are largely ineffective and wasteful. Ironically, so too were the attacks that targeted the two authors.

“Fake Twitter and Facebook accounts have been created in their names, along with a Wikipedia entry and dozens of message board postings and blog comments. Websites were registered in their names.”

The first site to target the authors, in fact, TomVandenBrook.com, was created on Jan. 7—just days after Vanden Brook first contacted the Pentagon contractors involved in the program, USA Today reported. A site targeting Locker popped up shortly after his byline appeared on a similar story.

The websites were taken down following an internal Pentagon inquiry. “We’re not aware of any participation in such activities, nor would it be acceptable,” Lt. Col. James Gregory, a Pentagon spokesman, told USA Today.

Locker told the Washington Post’s Erik Wemple that he was most disturbed by the attacks perpetrated against Vanden Brook on Wikipedia. There, a user dug up a nightmare scenario from his past: his coverage of the 2006 Sago mine disaster in West Virginia.

Like a lot of journalists, including reporters at the Associated Press and the New York Times, Vanden Brook reported that 12 of the 13 miners buried in the collapse had been found alive. Only one had actually survived, however. The faulty information came from the governor and mine operators. But on Vanden Brook’s Wikipedia page, someone wrote that he had gained “gained worldwide notoriety” for his “misreporting” of the disaster. Wikipedia banned that user and took down the page.

But that didn’t stop the attacks, USA Today reported:

In their Feb. 29 story, Vanden Brook and Locker exposed the Pentagon’s propaganda war in Iraq and Afghanistan, which used so-called “info- ops” contractors, as dubious and costly:

“From 2005 to 2009, such spending rose from $9 million to $580 million a year mostly in Iraq and Afghanistan, Pentagon and congressional records show. Last year, spending dropped to $202 million as the Iraq War wrapped up. A USA TODAY investigation, based on dozens of interviews and a series of internal military reports, shows that Pentagon officials have little proof the programs work and they won’t make public where the money goes. In Iraq alone, more than $173 million was paid to what were identified only as ‘miscellaneous foreign contractors.’”

The attacks on the journalists themselves were similarly inept.

“This is a clear attempt at intimidation that has failed,” Locker said. He added in his interview with the Washington Post, “It’s been a little bit of a distraction.”

In the Pentagon’s case, a $580 million-a-year distraction.