Matthew and Leslie Lyon-House met three years ago through the social reviews site. They're now married with a kid.

For Matthew and Leslie Lyon-House, it was love at first Conans Pizza review.

The Austin couple, who are celebrating their three-year anniversary this Valentine’s Day, first noticed each other through Yelp, the popular social reviews site.

“His [profile] subhead ‘By the Power of Grayskull’ appealed to me as a former fan of He-Man and She-Ra,” recalled Leslie, an active Yelper since May 2008. “Then I read his Conans Pizza review. And then I noticed that he was good looking. I swear it happened in that order.”

Friend requests were approved, private messages were exchanged, and finally the two were properly introduced at a Yelp event for elite members.

Forget Facebook’s Timeline; their romantic history can best be traced through their respective Yelp profiles. That includes reviews of Leslie’s pregnancy for their now-20-month-old son, Mosely. (She gave it two stars. He was slightly more generous.)

Yelp has always stressed that it’s not a dating site. The social network’s reputation system—where profiles include past reviews, compliments, and friends—is meant to foster accountability, not amorous encounters. 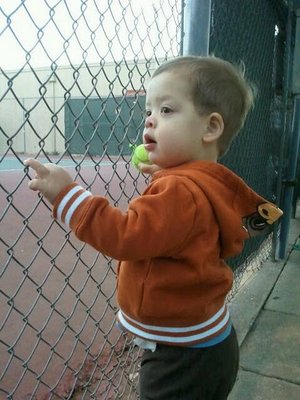 Yet that same system makes it easy for patrons to gauge their potential compatibility with other users.  In every localized rant, rave, or casual recommendation, creativity and originality can shine—and sparks tend to follow. Just ask the Lyon-House family.

“She had a quirky sense of humor in her writing, as well as a sense of clarity of thought that I found engaging,” offered Matthew, a video-game developer who was recruited to be one of the first 20 Austin contributors on Yelp in Sept. 2007.

“With Matthew, I liked that he let his inner nerd write his reviews,” added Leslie, who’s achieved some acclaim on the site for Oh to the No, her snarky, personal shitlist of local retailers. (Full disclosure: Leslie and I worked together at the University of Texas at Austin.)  “He didn’t seem to be writing to impress people; he seemed to be writing to let his inner nerd out.”

They’re not the only ones among the site’s 61 million monthly unique visitors to have found love. An Orange County Yelp event in July 2011 led to a marriage proposal. And last September, Yelp Boston hosted the wedding of active users Dave F. and Diana R. as part of an official Yelp Elite event. The reception earned five-star reviews, including one from the groom. He offered this “Yelp Pro Tip”:

“If you still go to Elite Events and feel like you don’t know many people, invite them all to your wedding.  You will finally meet everyone. So whether I’ve known you practically since I joined Yelp or I just met you last night, seeing you there made the night awesome, so thank you for coming.”

Of course, Yelp isn’t just for romantics or elite members. It’s an open forum for anyone looking to find out or review local restaurants and businesses, providing a personal and communal perspective that’s increasingly difficult to find.

But this Valentine’s Day, Matthew and Leslie can celebrate their lives together thanks to Yelp. And  the power of Grayskull.