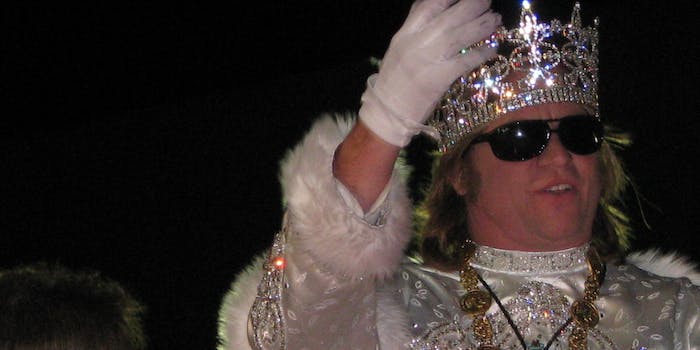 A stirring tribute to the late rock icon.

Something magical happened on a ranch in New Mexico.

Sometime in 2006, Kilmer was working on his debut album and “thinking about what’s cool.” When you think about “cool,” the Velvet Underground frontman simply appears on your property in a puff of cigarette smoke.

“I was listening to David Essex’s ‘Rock On,’” the Top Gun actor said, “and out of nowhere it just says ‘Jimmy Dean’ in one of the lyrics, who wasn’t a rock-’n’-roller but he was a rebel and it sort of makes sense in the song. … I called my writing partner and I said, I was just thinking about what’s cool, who’s cool… how about Lou Reed?”

The song: “Cool as Lou Reed.” Lou Reed’s ears must have been burning, because he and his longtime partner, Laurie Anderson, were on their way down to Kilmer’s estate for some fly-fishing (cool!). They made a connection, and Lou Reed, apparently, didn’t hate Kilmer’s song. (He had a surprisingly mainstream taste in music—really. Here are his Spotify playlists.)

Somewhere over the course of their friendship, Kilmer, like a fumbling, alcohol-emboldened first date, took things a little too far. No, not with the musical accolades. With tickles.

I once tickled Lou Reed. I regretted it for the longest while as he spoke to me few times after that dinner. But I’m glad now. He needed it.

A stirring tribute to the late rock icon. But Kilmer really cared.

Laurie Anderson is an actual angel btw. Sweet and serene and alight with inspiration. They were so happy together. I’m so glad he found her.

My ranch is seen all over his b and w photo book. Uncredited. I wrote a song years ago when he used to visit my place: cool as Lou Reed