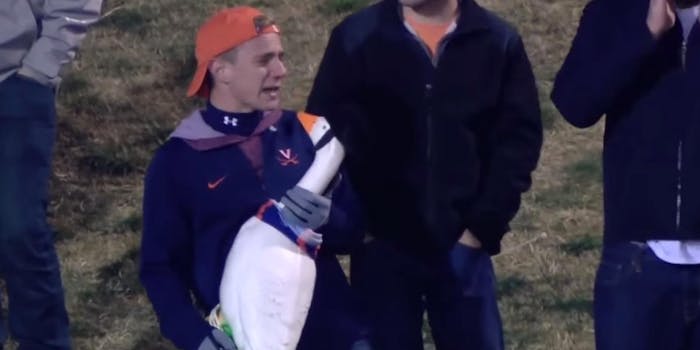 Newscasters lose it when bro starts singing into a plastic goose

The Virginia Cavaliers plastered the Miami Hurricanes 30-13 on Saturday, but no one was happier about the win than the bro who launched into some impassioned karaoke when “Don’t Stop Believin’” came on the sound system. He used the only mic he had at his disposal—a plastic goose—and entered college football viral-video fame.

“Nothing says college like singing Journey while holding onto a goose,” says the stunned newscaster, unable to control his laughter.

Someone please edit this video as an alternate ending to The Sopranos.