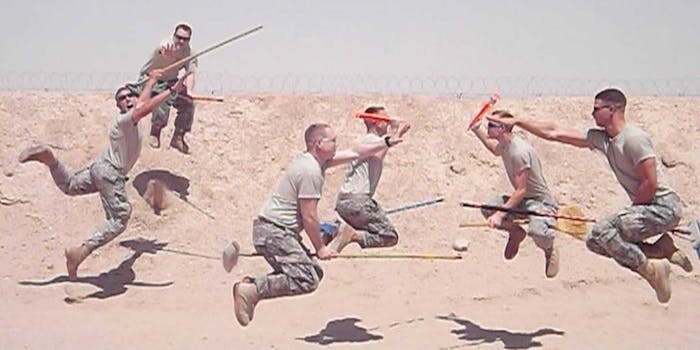 The U.S. military has discovered “Quidditching”

If you thought that "Quidditching" was dead, think again.

If you thought that “Quidditching” was dead, think again.

The Harry Potter-inspired meme—participants jump up in the air while holding a broom in between their legs to make it look like they’re flying—appears to be making a resurgence amongst members of the United States armed forces.

The following images were posted on “Boys Boots ‘n Booze,” a Tumblr run by a self-described “North Carolina girl who likes her trucks big and dirty, and her boys and drinks strong.” 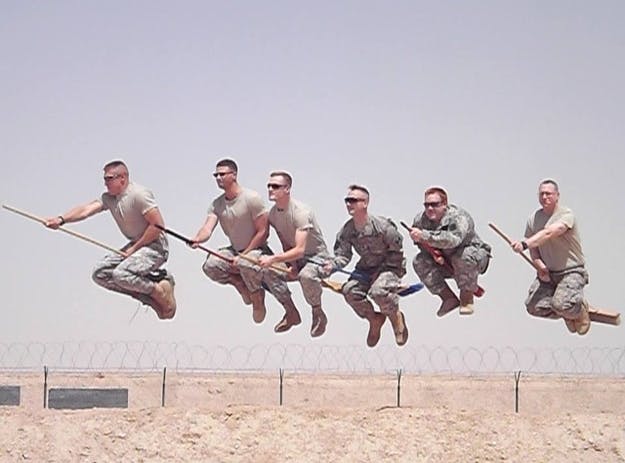 These are certainly some of the best Quidditching photos I’ve seen. Just look at that form! Look at that elevation! 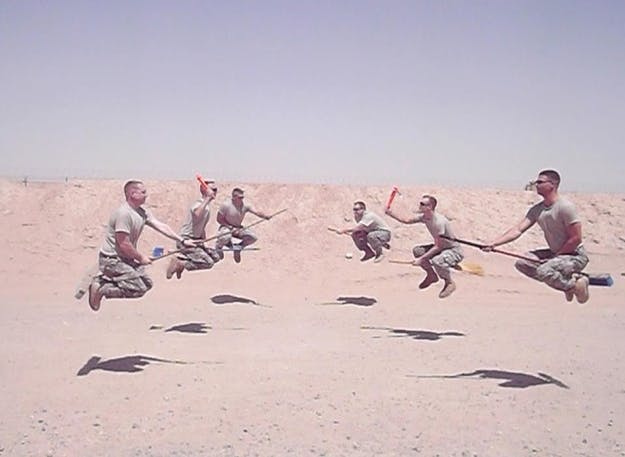 There’s also something very heartwarming about these photographs. Sure, the meme’s pretty much dead at this point, but you can’t really fault the people in these photos for jumping on it now. It’s refreshing to see that members of our military, no doubt currently in harm’s way, have time to fool around with each other and just be human. I can’t wait until they discover Vadering.