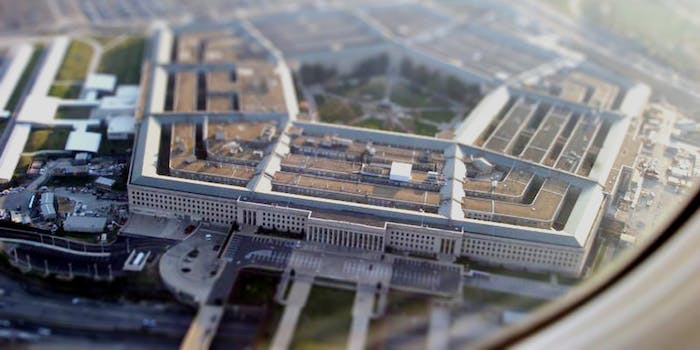 Why did those guys keep playing volleyball until they died?

The U.S. Department of Defense oversees the mightiest military force in history, millions of soldiers, and an annual budget of more than $530 billion.

It also has an incredibly ridiculous YouTube channel that no one watches.

Since 2007, the DoD has posted hundreds of videos, with no real pattern except that all have a smidge of relevance to the U.S. military or the Pentagon. Most have under a thousand views.

To be fair, some videos are touching, showing veterans volunteering or returning home or recuperating from injuries. But it’s less clear why the DoD uploaded a three-minute commercial for a small motorcycle company that makes Navy-themed bikes (949 views). Or shaky footage of that time some Marines had dinner with the Washington Redskins (235 views). Or an abrupt declaration that science isn’t nerdy, but rather cool, verified by a high-schooler saying so (265 views).

See, for instance, one of four sketches that promote the G.I. Bill with a pretend game show called Easier Than You Think (74 views).

But in terms of ridiculousness, absolutely nothing compares to what appears to be a series of PSAs created by the Army that warn against all kinds of dangers. Evoking the hokey sentiment of infomercials lampooned by Everything is Terrible or Reddit’s r/wheredidthesodago, the Army cautions against, for instance, of the threat of extreme sports:

In a warning about the dangers of hiking—how this person was got hurt while simply walking in the woods is completely unexplained—you can clearly hear someone whisper “action” at the start.

The Army illustrates its reminder to ride helmets when motorcycling by having a scientist (for some reason) willingly offer his head as a baseball to a confused-but-willing baseball player.

Or a Top-Gun-inspired (complete with latent homoeroticism) clip that warns against the threat of heat exhaustion. This one’s particularly strange, as it seems all four characters die from volleyball-induced dehydration at the end.

The DoD didn’t immediately respond to the Daily Dot’s request for comment, presuably because they were frantically finding and uploading new videos.