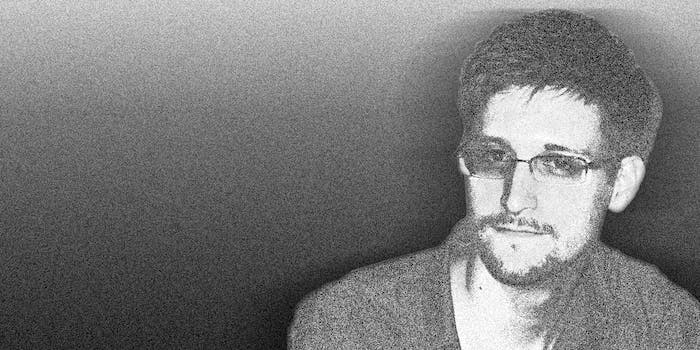 The U.S. is taking steps to prosecute Edward Snowden, the man who leaked the secret NSA documents that prove the existence of its secret Internet surveillance program, PRISM.

FBI director Robert Mueller told the House Judiciary Committee Thursday that Snowden “is the subject of an ongoing criminal investigation.”

Snowden, 29, worked as a systems administrator for consulting firm Booz Allen Hamilton in Hawaii, a position that gave him access to classified government documents. After obtaining an NSA slideshow that detailed PRISM’s scope—it can monitor communications that take place on American-based web giants like Google and Facebook—he fled to Hong Kong. From there, Snowden and passed that slideshow to the Washington Post and the Guardian. He finally revealed himself on Sunday, saying he leaked the slides because “I don’t want to live in a society that does these sort of things.”

Though Snowden’s actions have endeared him to the public—more than half a million people have signed one petition or another calling for his pardon—the U.S. government isn’t quite so fond of him. Few in Congress have spoken favorably of him, even those who have condemned PRISM and the laws that enable it. Plenty others have called Snowden a traitor or accused him of treason.

In announcing the investigation, Mueller didn’t mention Snowden by name, instead referring to him as “the individual who has admitted to making these disclosures.” Echoing sentiments already argued by many of Snowden’s critics in D.C., Mueller said the leaks “have caused significant harm to our nation and to our safety.”

It’s still unclear how likely Snowden is to be extradited to the U.S. In his second of only two interviews, he said that despite an earlier desire to go to Iceland, he would remain in Hong Kong and trust in its legal system.

Mueller didn’t address any specific charges, but it is a violation of U.S. law to share classified information.

In that interview, Snowden defended his choice to flee to China, often seen as a rival to the U.S.

“People who think I made a mistake in picking Hong Kong as a location misunderstand my intentions,” he told the South China Morning Post. “I am not here to hide from justice. I am here to reveal criminality.”