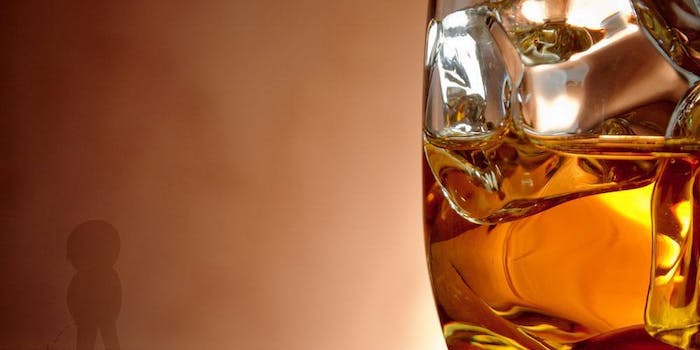 Good to the last drop.

Ever wanted to put a refreshing spin on your favorite cocktails? Well, why not try adding a little bit of your own urine? It may sound unappetizing, but at least you know this new ingredient is locally produced.

Anyway, Plumbworld—the U.K. online bathroom retailer that made some headlines last year when they unveiled the Privi-Pee, a privacy cape for men too anxious they can use a public restroom urinal—wants to get people to drink their pee. And their plan is breathtakingly simple: Urophagia (or urine therapy) is most common in places like China and India, where it’s used to help treat medical conditions including asthma and constipation. Why would Plumbworld promote piss-guzzling? According to marketing assistant Tom Mulrooney, the idea came about through a “Bathroom Habits” survey the team sent to 28,000 previous customers (with nearly 4,300 responses).

“One of the team [members] had heard of the practice before and said we should insert a question into the survey about whether anyone actually practices it,” Mulrooney said in an email to the Daily Dot. “After such a surprising response to the question (although we do take some of the results with a pinch of salt, the results were completely anonymous), we did a little more research on the topic and came to realize that this is something that the advocates of this practice take very seriously.” 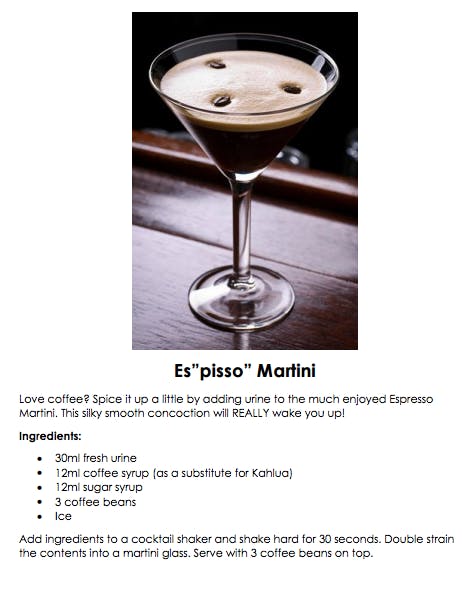 If you download this cocktail guide, you’ll probably notice that each drink lacks a pretty fundamental ingredient—alcohol. Since urophagia is commonly practiced for its alleged health benefits, Mulrooney and the rest of the Plumbworld team thought that its inclusion might be “detrimental to the health angle.” Still, you’re free to spike your urine if you desire.

It’s unknown if the supposed advantages of drinking your own liquid waste might be negated by mixing it with other fluids (something Mulrooney hopes to explore through feedback from those who try the cocktails), but it’ll be interesting to see the results nonetheless. 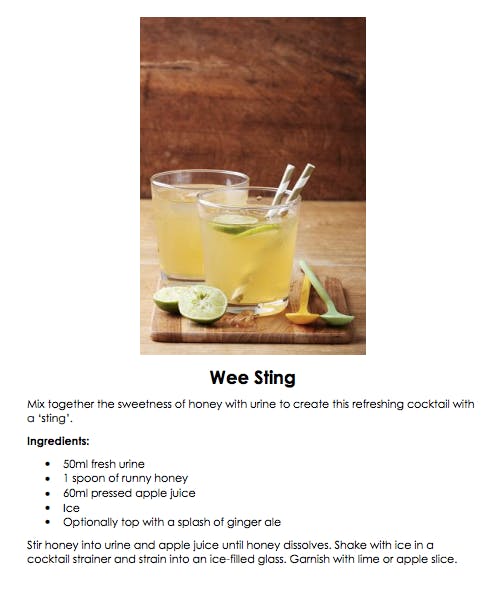 And as for the Plumbworld team’s favorite urine cocktails? Mulrooney admits that he hasn’t tried one yet, but a coworker who used their urine for the Long Island iced pee cocktail said the drink was “actually quite refreshing, and you couldn’t really tell the urine was in there.”

Why not give it a shot? You know drinking something called a Peena Gryllada has you a little curious—if not downright thirsty. 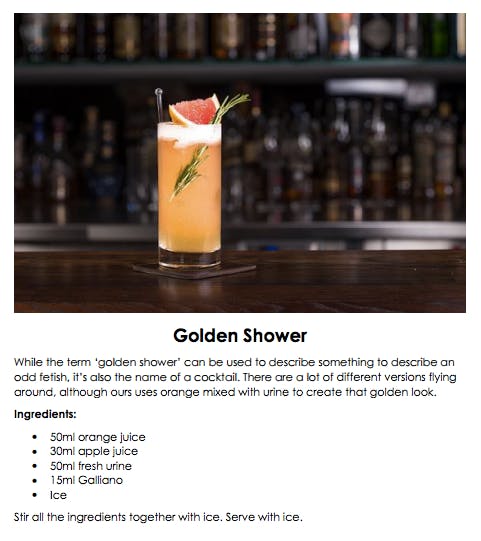