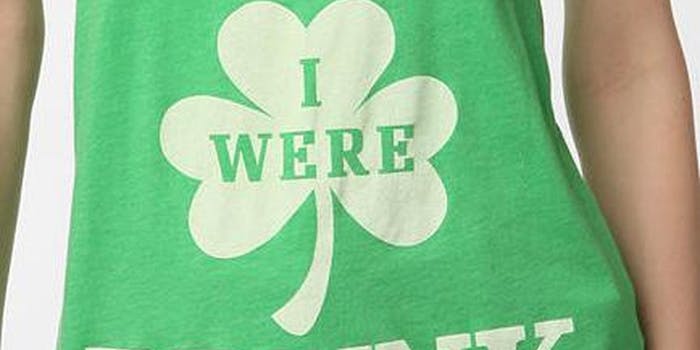 Urban Outfitters angers the Irish with its T-shirts

For this St. Patrick’s Day, clothing retailer Urban Outfitters has ordered up a healthy plate of controversy—and it seems to be paying off.

The clothing chain store has released a line of St. Patrick’s Day-inspired women’s T-shirts that say: “Kiss me. I’m drunk or whatever” and “Irish I were drunk” printed on the front.

The shirts have insulted popular Tumblr blogger Torie Rose DeGhet who called the shirts “offensive and derogatory.” Her blog post has collected more than 100 notes, many from people who were equally as upset, yet aware that the problem is bigger than some T-shirts.

“As long as people keep using holidays as a reason to get drunk, Urban Outfitters (and every local tshirt manufacturer in Buffalo) will have a good enough reason to print shirts like this,”

The shirts also inspired Rep. Joseph Crowley, who is a member of the Ad Hoc Committee on Irish Affairs, to send the retailer a letter urging them to stop selling racially-charged products.

Crowley said in a statement:

“By selling and promoting these items, Urban Outfitters is only fueling stereotypes that many Irish-Americans, as well as the people of Ireland, work so hard to dispel. We understand that such items may have been created with the intent of good humor. … However, we believe these items represent a step too far, crossing a line into stereotyping and denigration.”

Despite all the backlash, business has been good for Urban Outfitters. The “Kiss me. I’m drunk or whatever” has sold out in almost every size online.