Finally, there’s a classy way to carry your cat in your backpack—with a viewing window

One thing's for sure: The U-pet backpacks will get some looks at the airport.

Cats looking out from bubble windows—everybody knows that’s cute, so why has it taken so damn long to make backpacks and traveling gear that incorporate the two?

U-pet apparently got tired of waiting, because it’s now offering a whole line of travel gear that will make your cat, dog, or hamster look like they’re in The Jetsons. It’s not easy to describe U-pet’s products with words, but this bizarre video tells you everything you need to know.

It’s tough to tell how much the animals appreciate the window. The site’s photos seems to have a somewhat… Photoshopped feel to them. 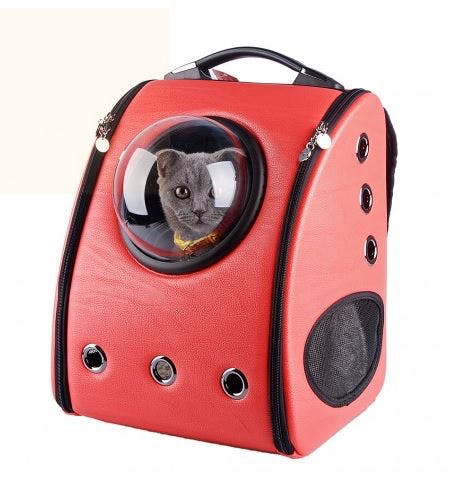 The above backpack starts at $99, and it seems well worth it. I mean, look at that fucking cat. That’s adorable. But what if the cat were a bit less calm and a little more freaked out? Would the whole thing still look as cute? Let’s look at some social-media photos of the carrier in the wild.

…Well, uh, it appears as if all photos of U-pet’s products in the real world are in the above-posted video. No one has snapped pictures of it in the wild. If U-pet isn’t just a hoax business—it almost seems like a viral marketing site for a Hollywood movie, but it really does seem like you can order their products—we can probably expect photos to come rolling in around Christmastime.

Let’s face it: If these items are real, people will buy these as gifts for their pets, and—given that pets lack the ability to ask for a receipt and return a product—they’ll probably be keeping their gifts.

Sure, the comments on the Huffington Post story about the U-pet carriers are less than stellar… 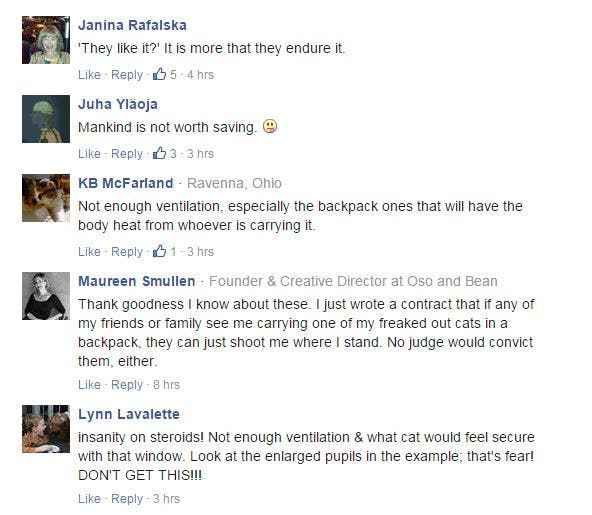 …but don’t worry about those negative comments—people are surely going to buy tons of these things.

And these Christmas presents for pets will be gifts that keep on giving, in the form of the hilarious photos of the products in use.

Our sincere apologies to all the animals forced to experience the discomfort of being paraded around town in a U-pet backpack. On the other hand, the photos of them are going to be comedy gold.