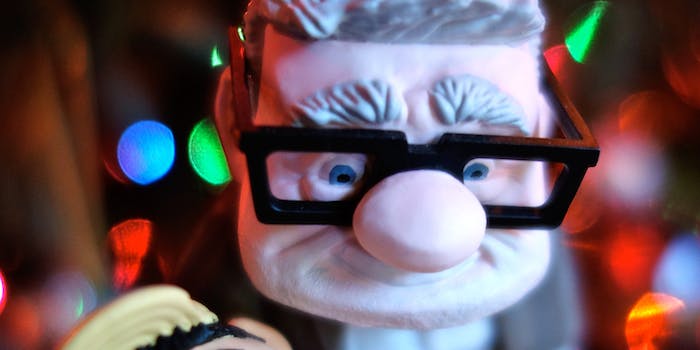 ‘Up’ is enough to make drunk guys sob

There are few movies in history with better openings than the 2009 Disney film Up. In less than ten minutes, Pixar masterfully charts the love and sorrow of a life well-lived, as well the anguish of heartbreak and failed dreams.

Up is a legendary tearjerker, but is anyone immune to its emotional pull? BuzzFeed decided to put Up’s power to the ultimate test: Getting a bunch of drunk men to watch it for the first time and filming their reactions.

These guys might try to hide it, but there were definitely some tears there. Here’s the original clip, in case you also fancy a cathartic sob today.