The man allegedly rushed the cockpit before being subdued by other passengers.

Video allegedly shot aboard United Airlines Flight 1074 shows a man being held down by others, repeating an apology. Someone else tells him, “We’re gonna get you off this plane, buddy.”

The person who shot the video wrote on Reddit that the man had rushed the cockpit, yelling, “Jihad! Jihad!”

The redditor posted this photo of the alleged attacker being subdued. 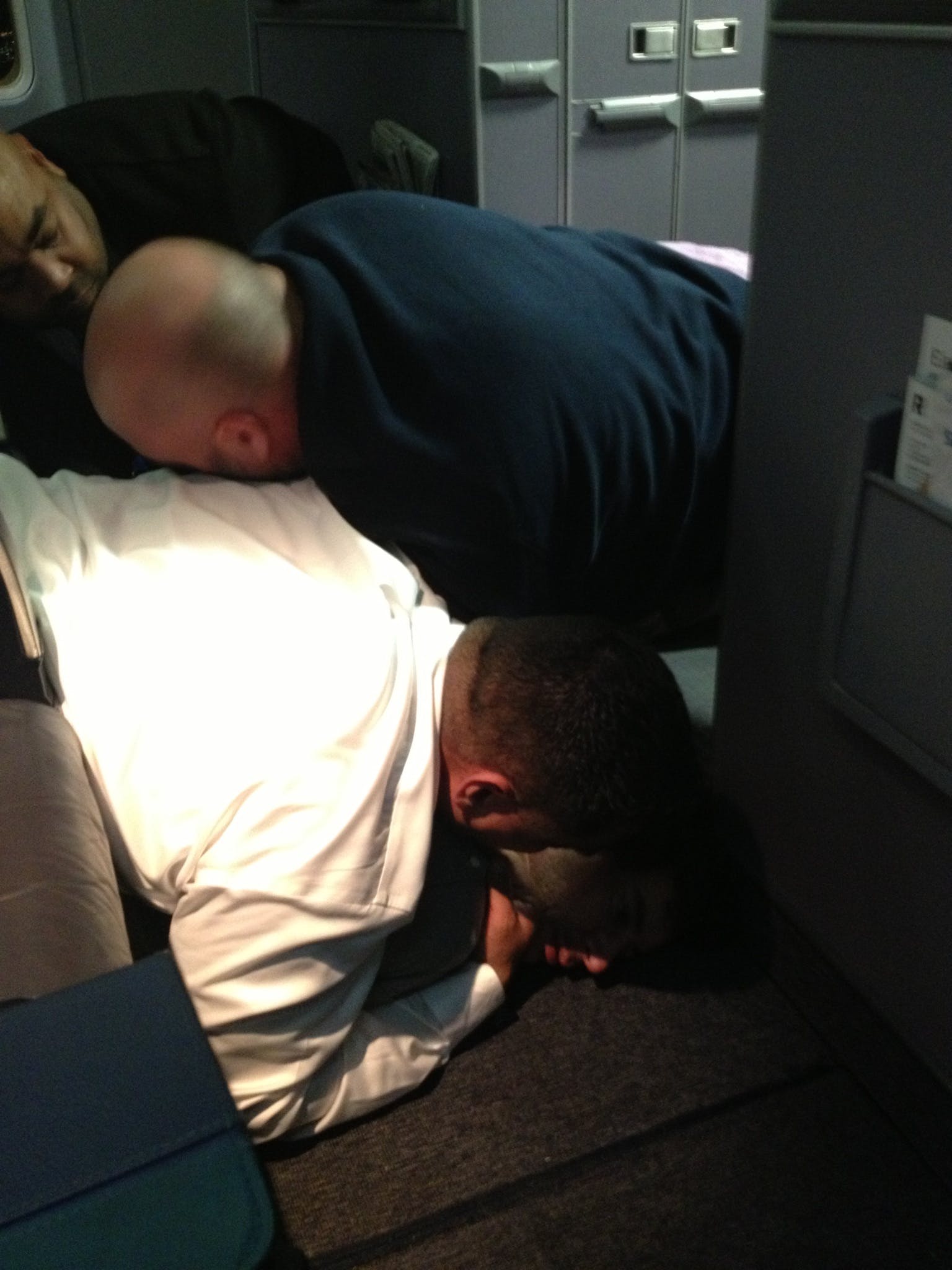 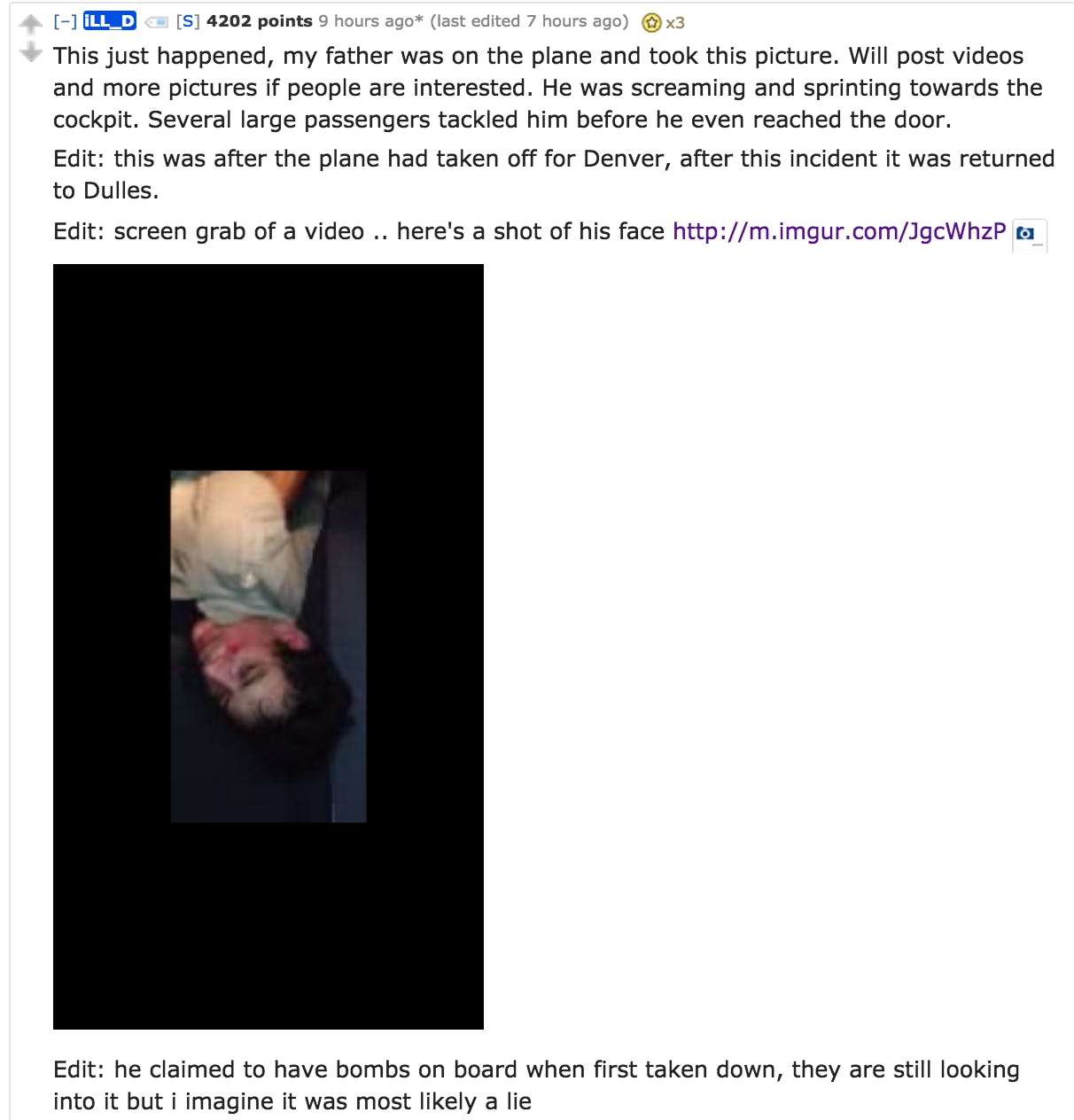 The flight, which was headed to Denver, was forced to return to Dulles International Airport in Washington, D.C., after what the airline is officially calling a disturbance on the plane.

None of the 33 passengers and six crew members on Flight 1074 was injured. They were put on another flight to Denver around 1am ET and landed in Denver without any further complications.

Flight Diverted: Woman on board flight 1074 days man was rambling incoherently. She didn't believe anything he said. pic.twitter.com/uaRLZJfjy7

United said in a statement, “A passenger failed to comply with crew instructions. Local law enforcement officials met the aircraft at the gate and detained the passenger. We will accommodate the remaining customers to Denver on Tuesday morning.”

When asked about other passenger accounts, United referred the media to the previous statement it made.

The passenger was taken off the plane once it landed at Dulles, where he was then taken to a hospital. Police have yet to charge the passenger.

UPDATE: @dcairports says individual responsible for disturbance on #United1074 was taken to a local hospital for observation. No charges yet

This story is ongoing. We’ll add updates as they come in.