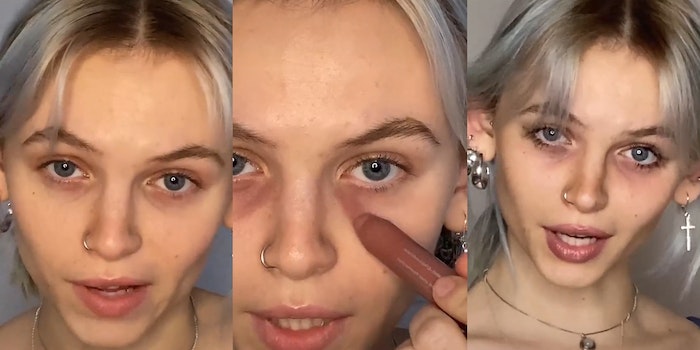 The TikToker's video was more about loving your insecurities.

Various magazines have pronounced drawn-on under-eye circles to be the new makeup trend pioneered on TikTok, but is this an actual beauty trend, or has the rest of the media once again misunderstood something the Gen Zers are doing?