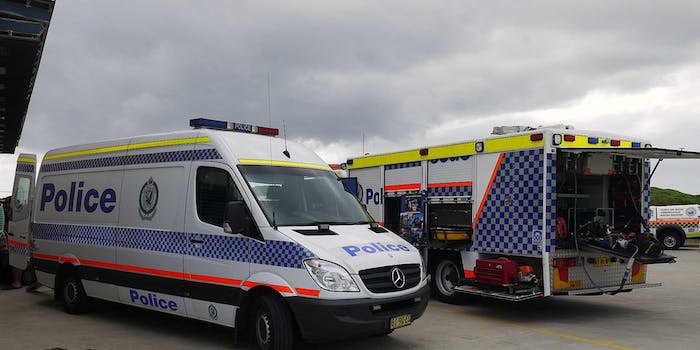 Too real, Ubisoft. Too real.

A black box, a crying journalist, and a bomb squad: This was the result of a misguided PR move by Ubisoft when the brand tried to get the word out about its new game, Watch Dogs.

Ninemsn, a Sydney, Australia-based news site, had to call in a bomb disposal squad after a black safe was sent to a journalist at its office.

A note on the safe asked reporters to “check their voicemail,” though they had no voicemail function on their phones, and when Ninemsn’s staff tried to open the safe, it started to beep.

After evacuating the building, staff phoned the police. Four police cars and a police rescue unit were sent in to deal with the supposed “bomb threat.” However it turned out the safe contained a Watch Dogs game and merchandise; it was simply a PR move by Ubisoft for the just-released game.

@Brentus88 @drpiotrowski Yup. Stood next to the journo who received it – she was in tears. Really creepy.

Watch Dogs  is an action-adventure game that follows Aiden Pearce, a “brilliant hacker,” as he seeks revenge for the murder of his niece.

A Ninemsn publisher, Hal Crawford, suggested that Ubisoft “had got carried away with their creativity” and lamented that a bomb squad had to be called in.

A spokesman for Ubisoft responded by saying: “As part of a themed promotion for Watch Dogs, our team in Australia sent voicemail messages to some local media alerting them that they’d receive a special package related to the game.”

“Unfortunately, the delivery to Ninemsn didn’t go as planned, and we unreservedly apologize to Ninemsn’s staff for the mistake and for any problems caused as a result. We will take additional precautions in the future to ensure this kind of situation doesn’t happen again.”

The kicker? Ninemsn doesn’t even cover video games. You live and learn.