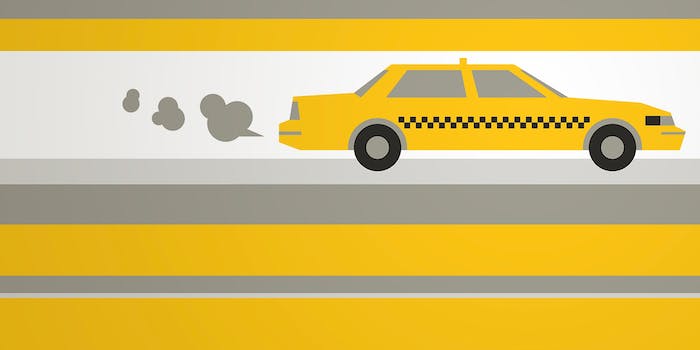 How using Uber and Lyft has redefined trust

Apps like Uber and Lyft are making strangers into business friends. But what effect does that have on our definition of trust?

It was way past two, Halloween night outside San Francisco’s Armory Club and we wanted to continue the party. We knew our odds of getting a cab for six people would be zero to none, so in unison we turned to our smartphones and fired up Uber, Lyft, and Sidecar. In silence we fidgeted waiting to confirm a ride, as if there’d be a prize for whomever got something first. The award of the night went to our friend (who was dressed as a fox) for confirming an Uber SUV for six.

Upon Uber’s arrival, the driver helped us in, offered us water, didn’t mind when a friend dressed as Daenerys from Game of Thrones requested to stop by her place on the way. You could say we became instant friends with the driver, in it to win it on Halloween night. And as any friend would, we felt betrayed when we realized that surge pricing that night had made a 15-minute ride cost over $200. 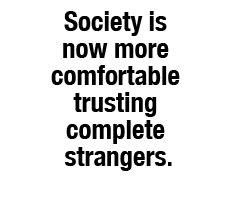 In cities all over the country, the reliability and convenience of services like Uber and Airbnb have become an integral part of life for urban dwellers. We share car rides to work and don’t have to tip. We share our homes to help pay for the exorbitant rent. Hell, thanks to hookup apps like Grindr and Down, we even share our beds when the mood strikes.

The rising popularity of these digital services suggests that society is now more comfortable with trusting complete strangers. My grandmother would probably bust out her rosary and start praying at the notion of getting into a stranger’s car instead of a bus.

The digitally powered sharing trend has had real-world consequences, including some well-documented bad experiences. An Uber driver ran over a family and killed a 6-year-old on New Year’s Eve. Airbnb is still trying to downplay that some members downright destroy their short-term apartments. And who knows how many STDs can be traced back to Tinder. But for the most part, our trust remains unwavering because these negative press clippings do not appear to be the norm. The fact is that most people take a car share without getting into a car crash, with or without praying. 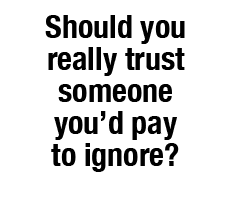 However, this newfound trust is not reserved for the actual individual behind the wheel of an Uber ride. It’s not like we trust that guy more than we would an actual friend playing designated driver that night and picking us up. In fact, some friends choose to rely on Uber over Lyft to avoid Lyft’s forced social formalities, like fist bumping the driver as soon as you get in the car and, you know, actually having a conversation with him. Should you really trust someone who you’d pay to ignore?

Lyft’s fee is technically considered a donation, furthering the notion that we’re really getting a ride from a social acquaintance. But you wouldn’t necessarily feel the need to donate money to a friend giving you a lift. Similarly, there’s no way you would step out of a Lyft with just an offer of “I’ll buy you a drink next time.” Would a friend charge you surge pricing? With or without the pretense of “community,” this car share phenomenon sprung purely from the shortage of cabs in big cities and the surplus of unused personal vehicles. It’s supply and demand, Silicon Valley/American ingenuity at its finest. 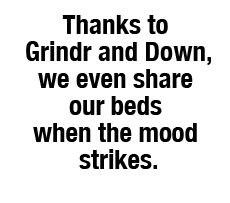 Perhaps it’s not the strangers employed by these services in whom we trust. Instead, we trust that a system has been in place, one that will be beneficial to all parties: the passenger, the driver, and the company. After all, Uber has vetted its drivers, and Airbnb requires a security deposit. We trust Uber to send us a reliable ride just as much as we trust Taco Bell to be open late on weeknights.

It’s remarkable that it doesn’t take years for a company to build customer trust anymore. All it takes is a reliable service. “Like a good friend, State Farm is there,” the insurance giant claims in its commercial. Even though it may be ironic to compare Uber to an insurance company, given the car share startup’s murky liability issues, Uber has garnered a similar connection with its loyal users. It’s like the good friend who gives you a ride on a rainy day without asking any annoying questions.

Oscar Raymundo is a writer living in San Francisco and the creator of ConfessionsOfABoyToy.com.