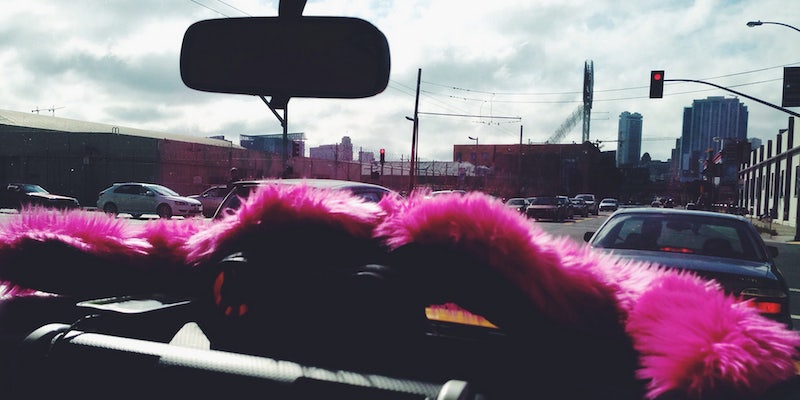 By hurting taxi drivers, Uber and Lyft are hurting everyone

By hurting taxi drivers, Uber and Lyft are hurting everyone.

When I first heard about the “sharing economy,” I thought it sounded like a big, beautiful potluck. I imagined community gardeners supplying their accountant friends with vegetables in exchange for help on their taxes—or a group of neighbors pooling their resources to invest in a single motor vehicle to share between them. In other words, decisions on the part of grassroots consumers to disinvest from an increasingly dysfunctional capitalist system. Although utopic and likely difficult (if not impossible) to bring to scale, this was a vision I could get behind.

But the actual sharing economy looks nothing like this.

“Ride sharing” services like Uber and Lyft, considered the poster children for this so-called “sharing economy,” are in fact the epitome of big-time capitalism, run by CEOs in thrall to Ayn Randian economics and attracting investments from the likes of Jeff Bezos, Google and Goldman Sachs. Now, they’ve hired high-powered lobbyists, lawyers and consultants to wage spirited legal and political campaigns across the country, including astroturf activism like the email I recently received, urging me to ask my governor to veto pending regulatory legislation that targets their business model.

What Uber and their ilk are fighting for is their right to evade regulatory protections that ensure not just safety for passengers, but also basic labor protections for the professional taxi drivers for whom cabs are a primary source of income. According to Uber, policies like the one pending in my home state of Illinois will destroy “thousands of jobs for people in need of cash to pay their bills,” including “military veterans, teachers, retirees, students, students, the unemployed and underemployed.” (See also: babies and dogs.)

They’re referring to the part-time drivers who participate in the low-cost non-taxi ridesharing service UberX, who are currently not required to hold commercial licenses, and who are facing some pretty sketchy working conditions, including unpredictable percentages owed to Uber and unreliable protection from the company in case of accidents.

But UberX drivers are also undercutting professional cab drivers  and could arguably be described as scabs, helping encourage an overall race to the bottom. With their help, the taxi cab business is now going the way of many other industries in the 21st century, as what was once a potentially viable career is displaced by contingent, part-time, and more easily exploited workers. As San Francisco Cab Drivers Association President Barry Korengold said, “It’s making a full-time job into precarious labor.”

If the folks at Uber are to be believed, cab drivers are politically-insulated fat cats, described by C.E.O. Travis Kalanick as “so woven into the political machinery and fabric that a lot of people owe [them] favors.” But this has not been in any way borne out by my experience in my hometown of Chicago. A 2009 study conducted by the University of Illinois’ Center for Labor and Employment Relations found that the average taxi driver only earns $4.38 an hour—not even within the same stratosphere as a living wage.

Despite multiple driver-led organizing efforts, the City of Chicago has not approved a fare increase since 2005, and the city’s treatment of cabbies has long been similar to that of a deadbeat boss. Drivers also face exploitation from leasing agents and medallion owners, and the persistent threat of abuse by customers. Rather than opening up new pathways to employment, companies like Uber are in fact further eroding conditions for an already vulnerable workforce.

Cab drivers are an easy target. Many are immigrants and people of color. In addition to working independently, and for a multitude of leasing companies, they come from a diversity of countries and cultures, making it a difficult sector to organize.

Even some on the left have been known to scapegoat cabbies. When I worked for a progressive social justice funder, some members of our community-led grantmaking committee were initially suspicious of a proposal that we received from a taxi-driver organizing committee, worried the drivers were too focused on their individual self interest, rather than broader solidarity with their customers and communities. Meanwhile, others have leveled understandable critiques of driver misogyny and/or racism.

But studies have shown that drivers are just as, if not more, likely to be victimized; 3 out of five have experienced some form of violence, and they are 60 times more likely to be murdered than average citizens. Many of these attacks are racially motivated.

We need to stop thinking of taxi drivers as targets, and begin thinking of them as members of our community. Having stood waiting on street corners more times than I care to remember, hoping to flag cabs that never drove by, I understand the appeal of Uber. But so would many of the cab drivers whose organizing efforts I once funded, who would have liked nothing better than to have access to a reliable, non-exploitative centralized dispatch system, in order to cut down on their hours of lost income from driving without a fare.

There are alternatives. In Chicago, the app Hailo functions much like Uber, storing your credit card information, but contacting commercially licensed, fully insured drivers. Or you can keep contact information for a few of your favorite cabbies and call them directly when you need a lift.

Let’s reject the myth of the “sharing economy” for the obfuscating nonsense it is. When they said “sharing is caring,” I don’t think they meant sharing responsibility for the further erosion of labor protections or sharing more and more of our income with the elite, who profit most from companies like Uber. Instead, let’s extend generosity to the workers most in need of our support.

Photo via abrackin/Flickr (CC BY 2.0)