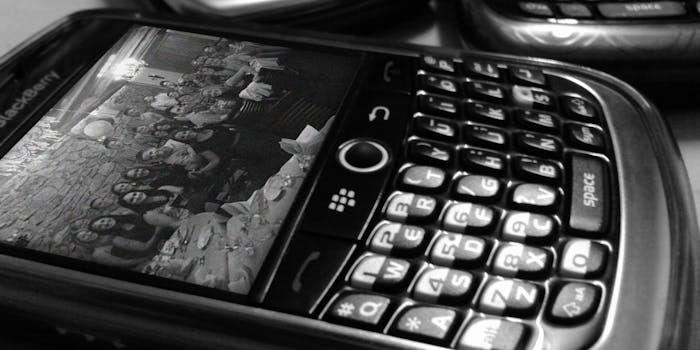 Two men brutally assaulted in Philadelphia have Twitter on their side.

Thanks to the efforts of Twitter users, several possible suspects have been found in relation to an alleged hate crime in Philadelphia.

The incident took place on the evening of Sept. 11, when two gay men were assaulted by a group of young men and women who made “disparaging remarks” about their sexuality before making a physical attack. As a result, the two men were hospitalized, one with severe facial fractures.

The Philadelphia police released a video showing a group of suspects that they described as “clean cut” and well-dressed, and asked the public for help in identifying them. Considering the blurry nature of the video and the nonspecific descriptions, it might have been difficult to locate the suspects—if not for help from social media.

News of the attack shocked many Philadelphia residents, and they were quick to pass the YouTube link around. It’s now been viewed more than 75,000 times, and one Twitter user may actually have identified the group of suspects.

Not long after the video was posted, Twitter user Greg Bennett reposted a photo of a group of people bearing a strong resemblance to the crowd in the video. Apparently the photo was shared with him by “a friend of a friend” after they saw him tweet about the attack.

A Twitter user named @FanSince09 then decided to do a little sleuthing of his own, resulting some of his followers quickly identifying the restaurant in the photo as La Viola.

Because the original photo looked like it had been taken from someone’s Facebook profile, it was then relatively simple to track down a few people in the photo. @FanSince09 claims some had actually checked into the restaurant on Facebook and also posted homophobic slurs on their own feeds. Of course that doesn’t prove anything—but it does give police a lead to check out.

A detective from the Philadelphia police force acknowledged the role of Twitter in this investigation, although he made it clear that help from amateur investigators did not mean the case was closed.

S/O to @FanSince09 This is what makes my job easy. Sure, it’s up to me to make the arrest but we are all in this together.

Follow @FanSince09 @mrsloctastic and @GreggyBennett to see what crime they’ll help out with next.

Let’s be clear here. No arrests made. Central Detectives have done a ton of work and have a lot more to do. (Not a law & order episode)

A nearby restaurant offered a $10,000 reward for any information leading to arrests, and @FanSince09 has already said that he would accept it while wearing a Bane mask. But we suppose that’s the downside of getting anonymous strangers from the Internet to help fight crime.

Photo by honou/Flickr (CC BY 2.0) | Remix by Fernando Alfonso III