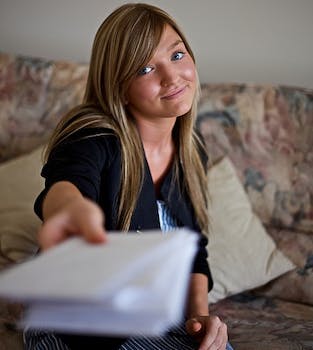 Twitter has complied with an NYPD subpoena about a user who threatened to shoot up a New York City theater.

Twitter has handed the New York Police Department the personal details of a user threatening to carry out a shooting at a Broadway theater.

The threats were tweeted on Friday and the NYPD immediately sent an emergency request to Twitter for the user’s details. Twitter refused to comply despite what the NYPD felt was an imminent threat due to the user’s intentions and apparent knowledge of the Longacre Theater.

The person behind now-deleted account @obamasmistress claimed that “people are gonna die like Aurora,” in reference to the massacre which took place in the Colo. town last month. He also claimed the theater did not lock its emergency exits.

Twitter responded to the NYPD’s request early Saturday, telling the force that the threat did not fall within the company’s emergency disclosure guidelines. The NYPD enlisted the Manhattan district attorney’s office to subpoena Twitter early this week. The company relented and handed over the data it held on @obamasmistress.

It is not yet clear whether police have made an arrest in the case. However, questions remain over Twitter’s decision not to release the user’s personal details immediately.

The user had issued death threats to a number of celebrities, including Kim Kardashian, Justin Bieber, and Ellen Page. As NY Mag points out, this may have led Twitter to believe that this user was simply a troll. Furthermore, if it had turned over the data voluntarily, it could have faced lawsuits over any errors or invasion of privacy.

Despite those concerns, others felt Twitter should have cooperated given the nature of the tweets.

“In general, social media outlets do a very good job of cooperating with authorities, but in this case, however, Twitter should have given the information without a court order under their emergency procedures policy,” Larry Cunningham, associate professor and associate dean at St. John’s University School of Law in Queens, New York, told the New York Times. “The threats were clear enough.”

Twitter has a history of standing behind its users when subpoenaed for their data. The company is standing in the corner of an Occupy Wall Street activist. Prosecutors say Malcolm Harris’s tweets will help determine if he knowingly ignored police orders during a Brooklyn Bridge protest last October, but Twitter is fighting the subpoena.

However, the company did not initally fight a subpoena requesting the data of a man accused of libel after parodying a U.K. newspaper company executive. The case was later dropped, though Twitter’s reluctance to directly help the man block the subpoena could be down to the fact that he was based outside of the U.S.