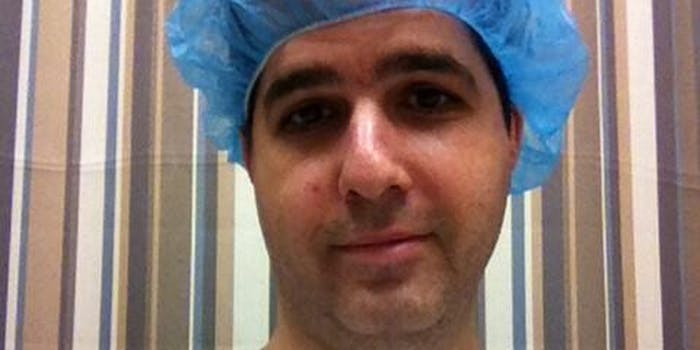 This guy livetweeted his vasectomy

After two kids with his wife, speechwriter and comedian Jesse Berney decided to get snipped.

Livetweeting events is commonplace on Twitter. During sporting events, award shows, political speeches, or any episode of a popular TV show, you can bank on users sharing their witty thoughts with their followers. But instead of sharing thoughts about the latest Real Housewives of Atlanta episode, one guy spent his Friday live-tweeting his vasectomy.

Speechwriter and comedian Jesse Berney, who has two kids with his wife, peppered in plenty of jokes while live-tweeting the build-up and aftermath (he was under general anaesthetic for the actual procedure).

While Berney’s tweets were not quite as eye-popping as @grawly’s, who kept followers up-to-date when he had a sex toy removed from his anus earlier this year, his account of the procedure still entertained his followers.