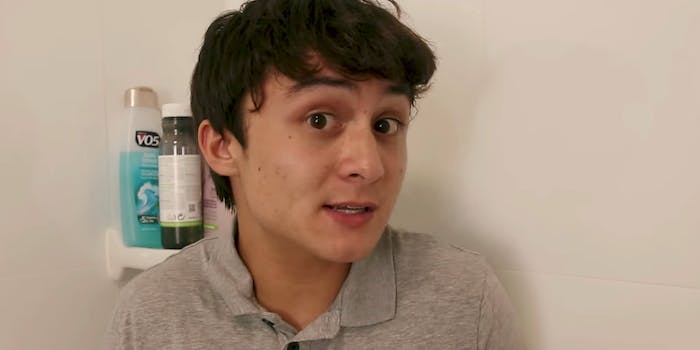 Don't know how to decorate? Let the internet do it for you.

Tech YouTuber Michael Reeves has created a Twitter bot that lets his followers decorate his room for him.

Reeves, a web developer who boasts over 2 million YouTube followers, uploaded a video late Wednesday to share his bot creation.

“I don’t know how to decorate anything,” Reeves says in the video. “Now I could ask a friend for help or talk to an interior decorator, but that’s social interaction and I don’t support it.”

Reeves goes on to explain that his followers have 24 hours to reply to his video with an Amazon link. The bot, which is directly connected to Reeves’ Amazon account, will purchase the items from the replies that receive the most likes. Reeves claims he won’t know what the bot ordered until it’s been delivered, but he programmed the bot to not purchase anything over $25 or buy the same thing twice.

Reeves’ video has been viewed over 1 million times and amassed thousands of responses. People attached links for everything from a 12-pack of Bush’s Baked Beans to a sequined pillow featuring Nicolas Cage’s face.

The bot helpfully updates its shopping spree activities from Reeves’ account. It announced that it bought, among many other things, a 4-ounce container of coyote urine and a desktop-size “wacky waving inflatable tube guy.”

The bot will only be active until Thursday evening. So far, each Tweet that has resulted in a purchase has garnered a few thousand likes.

It’s not the first time Reeves has had a viral idea. He’s perhaps best known online for creating a Roomba that cusses when it bumps into obstacles.

Reeves did not immediately respond to the Daily Dot’s request for comment. But we hope he enjoys all 100 rubber ducks, multiple versions of the Bible, and several novelty pairs of underwear.