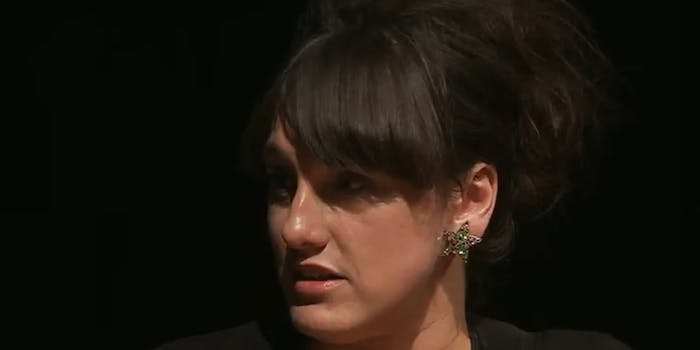 One writer, Grace Dent, had covered the hubbub surrounding a One Direction profile in GQ.

The Guardian‘s Hadley Freeman, Independent writer Grace Dent, and TIME‘s Catherine Mayer (among others) were told bombs were placed outside their home Wednesday, according to the Register.

Freeman had written about online abuse related to rape threats weighed against a campaigner. Dent had covered the hubbub surrounding a One Direction profile in GQ.

Posting this for @Twitter @metpoliceuk. Not very credible-sounding bomb threat addressed to me pic.twitter.com/I7SdCp56oL

Freeman also reported the bomb claim to police. “We can confirm the MPS has received allegations relating to bomb threats sent to a number of females on Twitter,” Scotland Yard told the Register. “Enquiries continue. No arrests.” The women were advised not to stay at home overnight.

The issue of abuse on Twitter has become more prominent over the last few days as campaigner Caroline Criado-Perez also received rape and death threats. At least two people have been arrested in connection with the incident, while there have been widespread calls for Twitter to better handle abuse. But a “report abuse” button may cause more problems than it solves.

Screenshot of Grace Dent via TheGuardian/YouTube