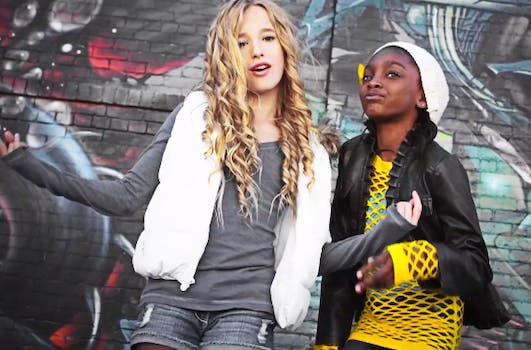 The Ark Music Factory producer behind cringeworthy YouTube viral sensations like Rebecca Black's "Friday" and Nicole Westbrook's "It's Thanksgiving" is back with another catchy but nonsensical earworm.

Patrice Wilson will just not stop.

The Ark Music Factory producer behind cringeworthy YouTube viral sensations like Rebecca Black’s “Friday” and Nicole Westbrook’s “It’s Thanksgiving” is back with another catchy but nonsensical earworm. The banal subject of the new song? Hopscotch.

“Skip Rope” is a performed by preteen girl rap duo Tweenchronic, who in their heavily stylized jam demand that their listeners “do the skip rope.”

What does that mean, you ask? iIf the music video is any indication, it’s code for finding your closest Latino kid in a fake moustache and buying illicit candy from him. It might also mean hitting up your local bodega to brownbag tallboys of iced tea. Whatever the case may be, there’s little rope-skipping involved.

Proving that he’s the Quentin Tarantino of infectious YouTube videos, Wilson makes an on-camera appearance, rapping a verse toward the end of the song. Why? Because why not. In Wilson’s world, there’s absolutely nothing wrong with a grown man hanging out with a bunch of kids, especially when said kids become viral sensations.