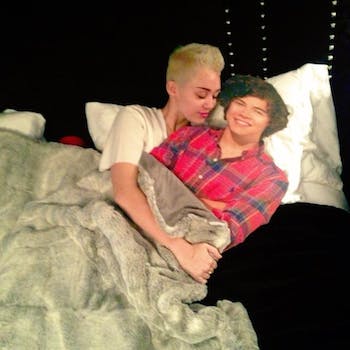 The Tweekender: What happens when movie Twitter accounts die?

Plus: The Associated Press starts selling Twitter ads, Germany's Angela Merkel says she has no plans to tweet

Photo of the week: Miley Cyrus got up close and personal with One Direction’s Harry Styles. Or at least a cardboard cutout of him. (@mileycyrus)