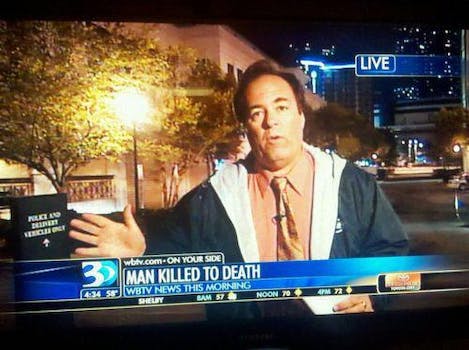 The Tweekender: How to use a death hoax to pimp a radio show

With hundreds of millions of tweets per day, it’s impossible to follow everything happening on Twitter. Every Friday, the Daily Dot rounds up  notable Twitter news and stories from the past week—in 140 characters or less.

The week’s best new accounts: James Mangold (@mang0ld), director of the new Wolverine flick and the terrific Girl, Interrupted, joins Derrick Rose (@drose) as this week’s best newcomers. Don’t expect to see Doctor Who in the community any time soon though.

Photo of the week: There is no worse way to bow out than being “killed to death.” (@rsmithTP)