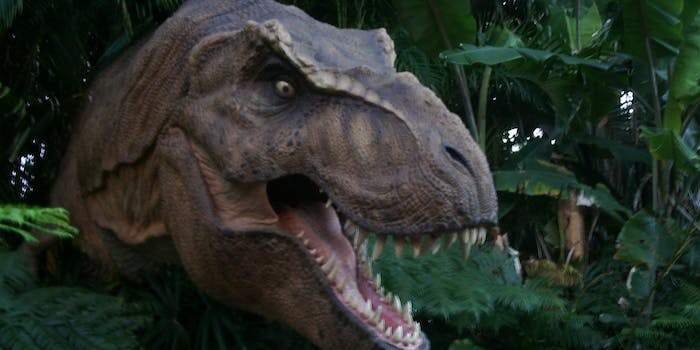 What do you do when you’re pushed to get rid of a giant robot statue built with taxpayers’ money? Replace it with a giant T-rex statue, of course.

Back in April, Melih Gökçek—mayor of Ankara, Turkey—made headlines and became a hero to trolls everywhere by telling his constituents to “respect the robot” after a public outcry over his decision to erect a 20-foot, Transformer-like guardian using the city’s budget.

Upon being sued by the Turkish Union of Engineers and Architects for misusing funds, Gökçek announced the robot would be replaced with a dinosaur statue. And this time around, we saw true democracy at work, with people allowed to vote for which dino they’d like to see built.

Apparently the T-rex wasn’t the winning choice, but the city ended up going with the iconic carnivore anyway. Sheesh, city government—just no transparency nowadays. At any rate, Ankara has been Jurassic Parked:

Take note of Gökçek’s proud face. He is a god among men (and dinosaurs). Good on him for recognizing that politics is the art of compromise. 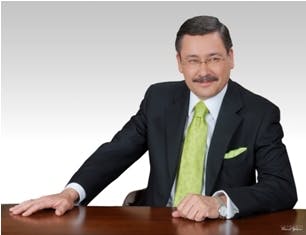 H/T The Daily What | Photo via Flickr/scottkinmartin (CC BY 2.0)