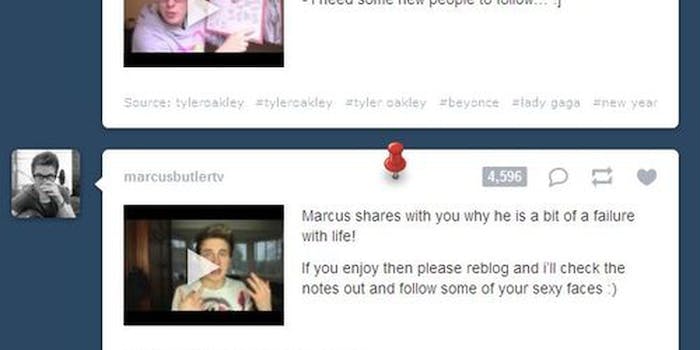 You can no longer pay to pin content on Tumblr

The change comes after Tumblr tweaked its Dashboard design Thursday to allow users to post content within the same browser window instead of being directed to another page.

Tumblr’s pin feature, which allowed users to literally pin content to the top of every follower’s dashboard for 24 hours, has been disabled.

The microblog rolled out the feature in late June as a way for users to give their content more emphasis. It cost only $5 a post, a manageable amount that made it attractive to bloggers and major brands alike.  Tumblr’s $2 highlight feature, which did not move a post to the top of the dashboard but rather let you choose attention-grabbing phrases as you scrolled by, has also disappeared from the Tumblr Dashboard.

The changes come after Tumblr tweaked its Dashboard design Thursday to allow users to post content within the same browser window instead of being directed to another page.

Over the past six months, response to the pin feature has been mostly negative, with people claiming to unfollow users who used the feature. Newsweek made light of the drama in a pinned post on Jan. 16, claiming “You pin, we unfollow.” The post collected more than 900 notes and a handful of hilarious responses. Newsweek released the following statement following the troll-like post:

“We don’t want our tumblr friends to lose out on any monies. With that in mind, we’re announcing a last-minute moratorium on all unfollows related to pins while the nwktumblr legislature has more time to review the policy.”

News of the missing pin and highlight feature has caught Tumblr users off guard.

“Tumblr I have credits left over from when I decided to tag that drawing of Erthilo for NO REASON,” not-reality blogged. “Let me use them or give me back my measly $8 that I should have left over.”

“Really puts a kink in for those of us who had a lot relying on dashboard visibility of pinned-posts,” tweeted Ryan Wood.

Tumblr did not respond to a request for comment at press time.