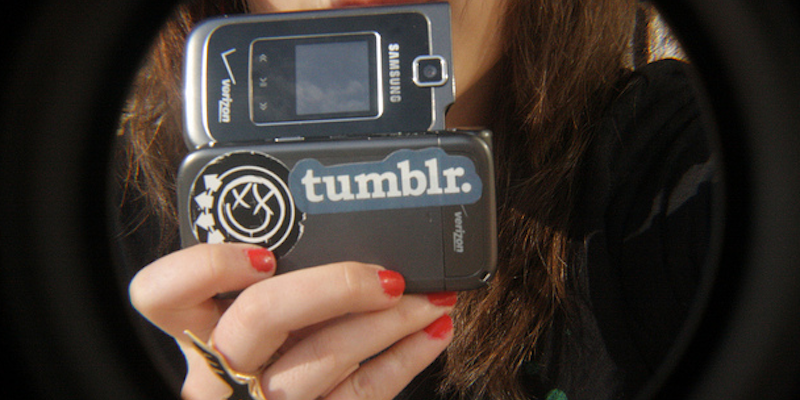 A new program that lets users pay to highlight blog posts for a buck isn't pleasing many.

With almost 17 billion posts and counting, it can be difficult to make your Tumblr posts get the attention you think they so richly deserve.

The company has just launched a new feature called Highlighted Posts, where you can deem your best posts as being a little more important and make them pop in your followers’ Dashboards—the stream of posts that greets Tumblr users when they log in. The only sticking point is that this comes at a price: $1 each time.

The Highlighted Posts appear slightly bigger in followers’ Dashboard stream and can be given a customized sticker to make them more noticeable. Here’s a screenshot:

There are a few options to choose from for the sticker, under sections like News, Events, Creators, and Miscellaneous. The stickers themselves range from phrases like “Don’t miss this!,” “Breaking News,” and “New Stuff!”, to more self-centered options like “Super proud of this!” and the telling “LOOK AT ME.”

Adding pieces of flair to your posts might help them stand out. However, it seems the move—Tumblr’s first real push into monetizing the site beyond charging for designs known as premium themes—has not gone over all that well with community members.

“What Tumblr is saying is poor people can get the fuck out. If any of you highlight a post I’m going to ignore it. Even if it looks awesome,” commented baxtavius.

Another community member, colorfulcherry, simply wrote, “This is actually a very bad idea.”

There are some who were a little more pragmatic, including blazingfire, who suggested Tumblr use a space where it’s already highlighting posts:

“Tumblr has millions of users now and not enough money. Of course, they need money so that they can buy new servers and we can have 100% uptime. We don’t want the servers going over capacity anymore, do we? Please stop complaining. I, however, think that the better idea would be to let big brands on Tumblr advertise their blogs just below the Radar on the dashboard.”

I’m off to reblog this with an “OMG Look” sticker.