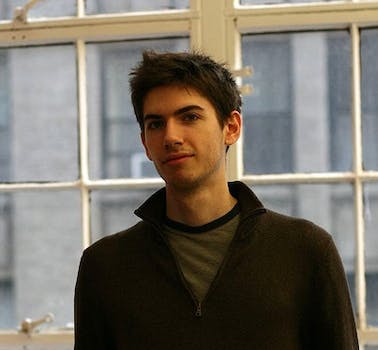 Fouder David Karp once referred to ads as a "last resort," but they'll soon be appearing on the site.

After years of swearing off advertising, Tumblr is selling space on the site for companies to promote their products.

Tumblr founder and CEO David Karp recently revealed that the site will start selling ad space next month. Sponsored Radar posts will begin appearing in the dashboard on May 2, a place that until now was used to highlight notable or popular posts from the community.

It’s a big shift for Karp and Tumblr. The company has made some cash in the past through premium designs for blogs and the recently launched Highlighted Posts, which lets anyone pay a buck to place a sticker beside a post in the dashboard. Yet, the site has always avoided selling ads, with Karp having a particular distaste for them.

Just last week, the photogenic Karp said that Tumblr could easily be profitable by throwing Google ads on the site. But he added, “[W]e’re selling our desks to avoid that, it’s a complete last resort.”

At the Ad Age Digital Conference, where Karp announced the new ad program, he claimed that he’d been an “idiot” to slam ads in the past, even though it was a “fair assessment of digital advertising.”

Since the ads will be limited to the Radar feature, at least for now, they’ll be relatively unobtrusive and won’t be too distracting as you plow through your dashboard and check out all the stuff your friends have been blogging.

With investors ploughing $85 million into the site last September, Tumblr’s got to make cash money somehow to keep the wolves at bay.