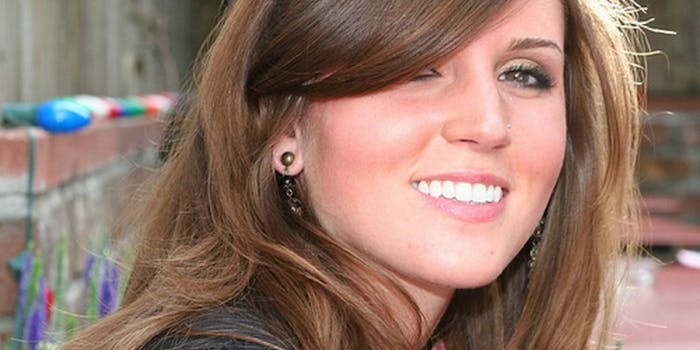 When one blogger got an encouraging note from a TSA agent, she thought it was funny—at first. But then she thought about it more.

The TSA assures us that there’s nothing dirty about its “pat downs.” But today, a feminist blogger and lawyer learned that the agency truly does care about her sexual pleasure.

Filipovic posted the note on Feministe with the comment, “This is what TSA will do when they inspect a bag you checked and find a, um, “personal item.”

At first, Filipovic laughed, she told the Daily Dot in an email. But now the more she thinks about the incident, the more disgusted she is.

“The fact that TSA rifles through our personal items isn’t a secret, but it’s also something most of us don’t particularly want to think about,” she wrote. “The fact that they would leave a note takes it to another level of invasive—especially since I imagine they assumed I’d be embarrassed by their discovery.”

Filipovic isn’t blushing over the note. Instead, she’s using her blog as a platform to raise awareness of the TSA’s invasive search methods.

Filipovic said she plans to file a formal complaint with the agency when she returns to New York City. Until then, she’s commiserating with many other violated passengers who, until now, were too embarrassed to come forward.

“I have heard from a few other people with similar stories, who have been embarrassed to go public,” she said. “And I’ve also been reading blog comments at places like Jezebel and Gawker where commenters say TSA agents have left notes or—my personal favorite—eaten a commenter’s pop-tart.”

Unfortunately for Filipovic, this is not the first time she’s had her personal items rifled by the TSA. As she wrote in her blog post’s comments, this has also happened to her when she brought her luggage as a carry-on: “a few months ago, an agent in Cameroon pulled a tampon out of my bag and manhandled it for a while before smelling it and then asking me what it was.”

Filipovic said she still thinks checking your luggage is the lesser of the two evils.