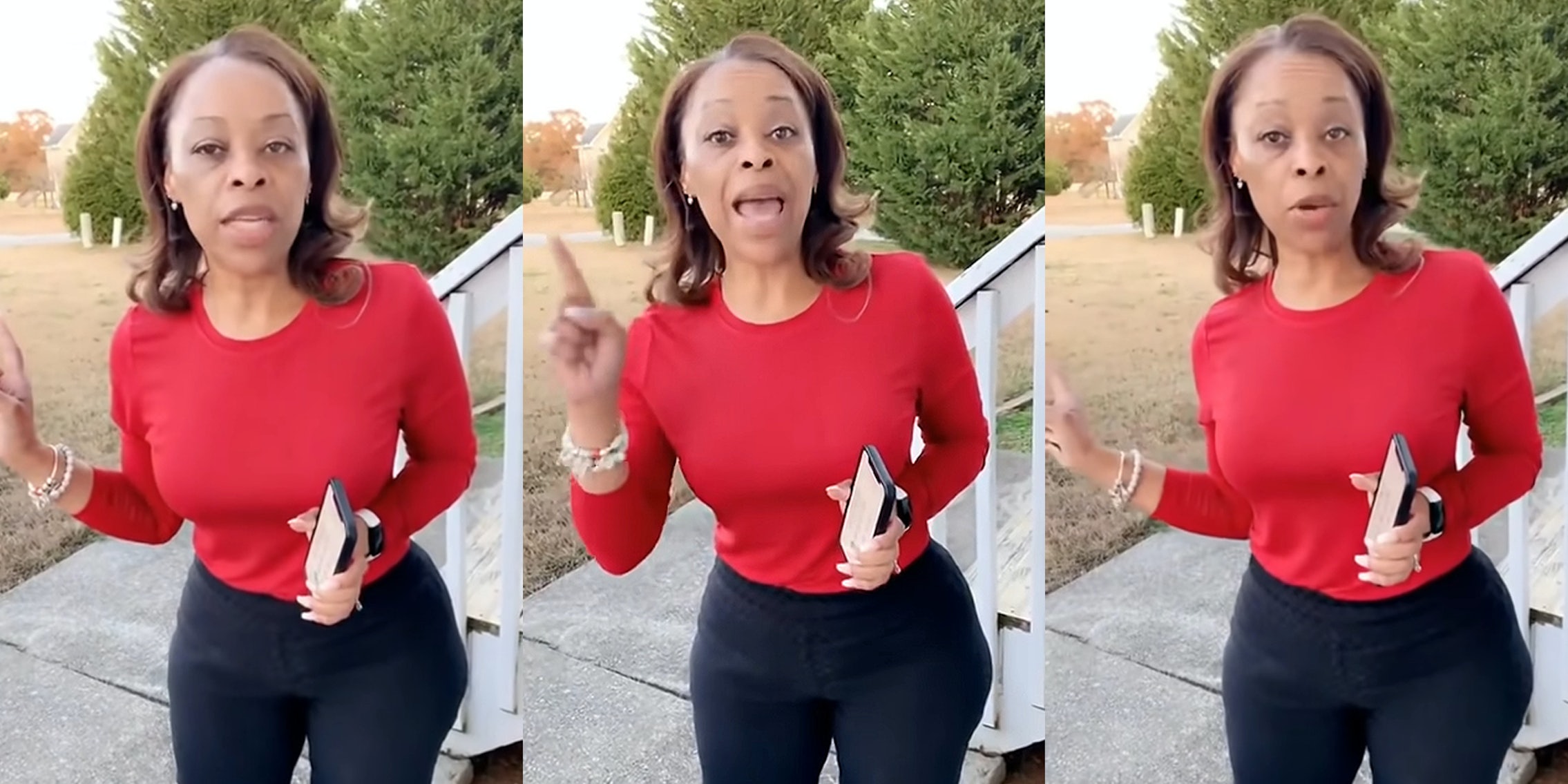 A 2019 video about slashed tires became a multipurpose TikTok sound.

This week, we look at a viral TikTok sound that’s done what many others haven’t: Remained popular on the app for at least a year.

The audio that’s most popular on TikTok features a woman saying, “So as soon as we find out who you are, trust, you will be dealt with.” Another woman responds: “Period.”

The most-used audio appears to be from the account @bakadelrey, which posted it in March. It’s been used in more than 80,000 TikToks. But the sound has been circulating on TikTok in some form since at least 2021.

It’s become popular as a way to accuse someone else of doing something you did, or to show your pets you definitely see the thing they see.

saw this trend and had to jump on it😂😂

The original audio is a longer clip and features the woman addressing whomever “harmed my daughter’s property” and clarifying that they have “survey footage” of the culprit. The YouTube account Stan Twitter posted the clip in 2020, and it has more than 2.3 million views.

The woman’s daughter, @bethanipickett, who is filming the video, posted the original video to TikTok in August, when it gained popularity again. The comments range from “Your mom is iconic!!” to “She married?”

Bethani tells the Daily Dot that this was filmed in November 2019, in the small Georgia town where they lived after someone slashed her tires. Her mother happened to be coming down the stairs as she was filming, so she did her own “PSA” for the culprit (who was later found through a friend.)

Bethani posted the video to Twitter in November 2019 and says that “overnight it blew up.” It has more than 2.9 million views three years later, though that number is dwarfed by the views it’s received on TikTok.