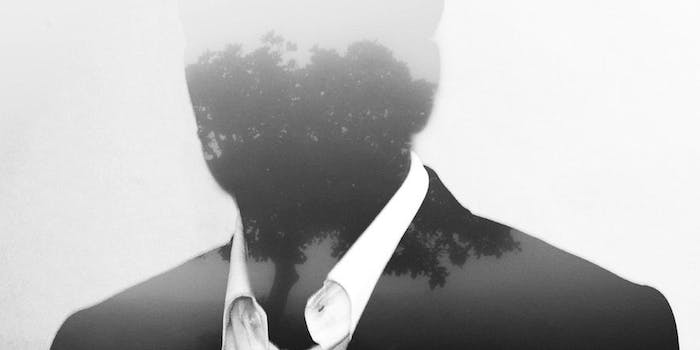 How ‘True Detective’ fandom is changing the way we watch TV

HBO's True Detective gained a massive cult following on the Internet. But how are those fan communities shaping the way we interact with TV?

In Vladimir Nabokov’s short story “Signs and Symbols,” an elderly couple momentarily reflects on the animus of their son’s life, a son who is mentally ill and locked away in a sanitorium. As Nabokov ruminates, the son’s simultaneous impetus and plague is this: “What he had really wanted to do was to tear a hole in his world and escape.”

The same can be said for protagonist Rust Cohle in the groundbreaking HBO noir True Detective, whose climactic enterprise in the season finale culminates in a vision of an actual vortex, a flat circle that, depending on who you ask, might not have been a flat circle after all. Or perhaps it is thematic, a characterized emblem of each and every character. For all we know, this association could mean nothing, and that is the brilliance of True Detective.

Viewers and critics alike have taken to the Internet and torn holes in creator Nic Pizzolatto’s fictive universe, escaping with their own spiraling theories and conspiracies, whether the finale itself supported these conclusions or not. As Willa Paskin added in a True Detective finale round-table discussion on Slate:

[F]inales are under insane, constricting amounts of pressure in the Internet age, with thousands and thousands of people paying incredibly close attention to every single aspect of a show, hypothesizing en masse. If they do exactly what you were expecting, they’re screwed; if they do less than you were expecting, they’re screwed. It’s very hard to live up to expectations, let alone exceed them. […] The Internet’s theories about the case were so much more ingenious and captivating than what happened in [the finale]. They so much more neatly and plausibly tied up loose ends that the finale had no interest in.

Indeed, the theorizing, hypothesizing True Detective denizens is undeniable. As Paskin suggests, the Internet response to True Detective has been immeasurable since it premiered earlier this year. Throughout the duration of its first season—a standalone, eight episode miniseries—the show launched a countless number of threads and think pieces, articulating everything from its philosophical underpinnings to its literary allusions to its flat-out plot-based conspiracy theories. (Here’s looking at you, Joffrey.)

As Paskin also surmised, the precise same propounding that added to the undeniable, cult-like popularity of the show is what has created a stark delineation between those who were satisfied with the conclusion of this season’s arc, and those who were not.

Despite these myriad epiphanies (or outcries), the inescapable question or takeaway might be this: how crucial is a fandom when it comes to a show’s narrative arc in the so-deemed Golden Age of Television? And—as Cohle acolytes might brashly smirk—how much does it ultimately matter?

Over at Grantland, Andy Greenwald pointed out that it would’ve been foolish not to expect otherwise, especially considering the innate brevity of a standalone season, and the sequential preclusion of any sort of narrative roll-over for next season:

When shows are young, we carry them on our shoulders like kids at a parade. When they stumble, we carry them across the finish line like a marathoner with a sprained ankle […] That True Detective didn’t dream as big as its m-brane theorizing fans is no great sin, nor is it a great surprise. With the outsize amount of attention we give them, hour-long TV shows are becoming increasingly insufficient vessels for our cultural and intellectual hobbyhorses. We need more than flat circles to contain them all.

As my Jewish step-grandmother would say, “Again with the flat circles?” But of course, yes, again, because these “flat circles” matter most. Greenwald does not surmise either way that True Detective’s loose ends were detrimental or advantageous, but he does invoke the idea that when the ideological and tangible blow-by-blows of an episode in an hour-long format cannot be contained, one must turn to other channels to do so—other “flat circles”—to fully flesh out the story we have invested in. These “flat circles,” or loopholes, or whatever shape one would want to refer to them as, are the driving force of what distinguishes True Detective, as evidenced by it’s conspiracy theorist fanbase: the mode of narrative transference from storyteller to viewer.

In his essay “The Storyteller,” scholar Walter Benjamin elucidates that “the perfect narrative is revealed through the layers of a variety of retellings. The end of a story is a sort of death, what he calls “the sanction of everything that the storyteller can tell,” and the vitality of a story, the “soul” of a story, is preserved through the act of continuous dissemination. A transference occurs, from one “storyteller” to a listener, who in turn becomes a witness to a story’s existence.

Applied to True Detective, Benjamin’s principle can be traced from show creator to show to viewer-as-witness; in our day and age, the modern viewer disseminates via Reddit boards, Facebook posts, or tweets; rather than containing their consumption in a private sphere, viewers of True Detective have honed the art of narrative conjecture and have turned it into an evolved mode of authorial discourse, rendering more of Benjamin’s diatribe eerily prophetic:

One can go on and ask oneself whether the relationship of the storyteller to his material, human life, is not in itself a craftsman’s relationship, whether it is not his very task to fashion the raw material of experience, his own and that of others, in a solid, useful, and unique way.

Through the Internet, the “flat circles,” or Rust Cohle or Nabokov’s holes in which we can escape through are a collective, communal advent. We may never know exactly who the Yellow King is, what Audrey’s own narrative inference added, or what the Tuttles really had to do with anything, but that’s not really the point—or, as Paskin posited, “[the] loose ends that the finale had no interest in.

The point, rather, is that we as viewers were given the authority to tie them up ourselves. When wedded to shows we love like True Detective—specifically those with loose ends, or those open to extreme interpretation—our utilization of Benjamin’s understanding of narrative transference might not be fan fiction, it is indeed a form of authorship. It’s an empowerment of storytelling in its purest form. Or, as Nabokov also wrote in “Signs and Symbols”: “For after all living did mean accepting the loss of one joy after another, not even joys… [but] mere possibilities of improvement.”

In the end, what matters most is the way that commentary and reaction en masse are shaping the way in which we interact with presented media and entertainment, and how we can eke out new ways to emphasize the continuity and essentialism of fiction, both on our screens and on the page.

J.E. Reich is a Brooklyn writer whose work has appeared in Armchair/Shotgun, Everyday Genius, Volume 1 Brooklyn, gigantic sequins, Plain China: The Best of Undergraduate Writing 2010, and other publications. She was nominated for a Pushcart Prize in 2010 and in 2012.