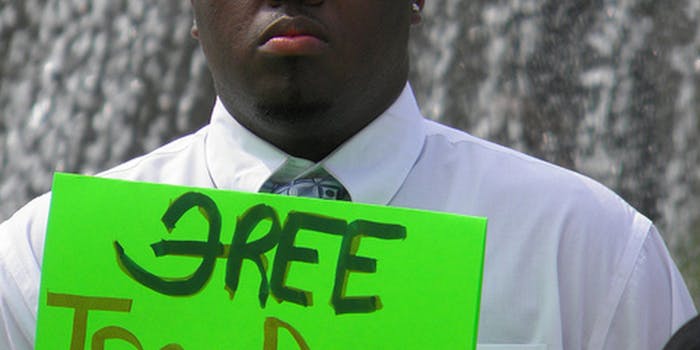 Troy Davis, the 42-year old Georgia man on death row whose insistence of innocence had captured the worldwide attention, was executed late Wednesday night, despite massive protests that there was insufficient evidence of his guilt.

More than five hundred Davis supporters gathered outside his prison last night, and thousands rallied for him on Facebook and Twitter. Thirty-eight different Facebook fan pages have recently sprung up in his honor, with over 50,000 people pledging their support there.

#RIPTroyDavis is a trending topic on Twitter. So is Casey Anthony, the Ohio woman found innocent in July of the murder of her 2-year-old daughter, which many have used as a sharp juxoposition to Davis’s guilty sentence. The Supreme Court, which granted Davis a temporary stay of execution for about four hours last night, is also trending.