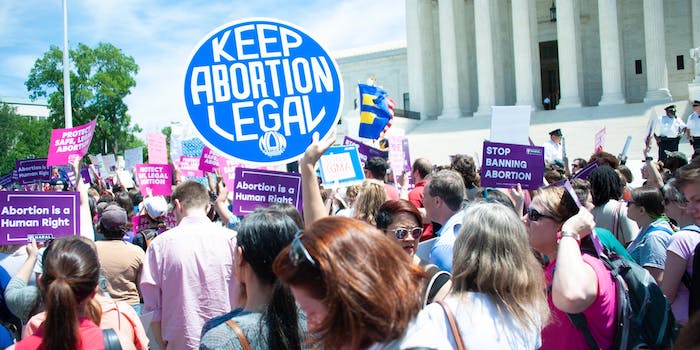 One developer even sought to cancel contracts with the company.

The CEO of Tripwire Interactive—the studio responsible for games like Maneater, the Killing Floor series, and Red Orchestra 2—has stepped down days after tweeting his support for Texas’ extreme abortion ban, which brought on a widespread backlash and a major partner to cancel contracts.

On Sept. 1, a Texas law banning all abortions after six weeks—before many people learn that they’re pregnant—and allowing citizens to sue anyone who may have helped someone get an abortion went into effect for a bounty, which the Supreme Court then refused to block despite lawsuits accusing the law of being unconstitutional. Several other states are now looking to pass similar laws that will ban almost all abortions.

A few days later, John Gibson, who noted that he didn’t “get political often” and called himself a “pro-life game developer,” posted a tweet praising the new law.

Gibson’s tweet was quickly met with outrage and anger. Fans quickly pointed out which games Tripwire was behind that they would now be ignoring or boycotting. And some also viewed his comments as being hostile toward people with uteruses in the gaming industry.

Less than a day after, Shipwright Studios announced that because of Gibson’s anti-abortion tweet, it would no longer be working with Tripwire. In its statement, it noted that “While your politics are your own, the moment you make them a matter of public discourse you entangle all of those working for and with you.”

“We cannot in good conscience continue to work with Tripwire under the current leadership structure,” Shipwright Studios wrote. “We will begin the cancellation of our existing contracts effective immediately.”

By Monday, Gibson was out as CEO of Tripwire Interactive; the company’s co-founder and vice president, Alan Wilson, would take over as interim CEO. Tripwire also pledged to conduct a town hall meeting with its employees

“The comments given by John Gibson are of his own opinion, and do not reflect those of Tripwire Interactive as a company,” Tripwire said in a statement. “His comments disregarded the values of our whole team, our partners and much of our broader community. Our leadership team at Tripwire are deeply sorry and are unified in our commitment to take swift action and to foster a more positive environment.”