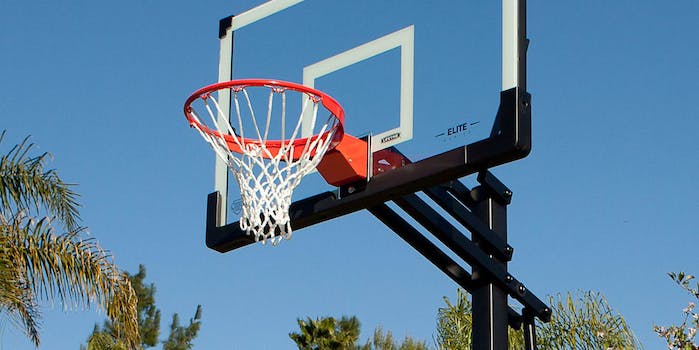 It turns out that 'effortless' trick shot videos actually take a lot of effort to replicate.

Everyone can understand the satisfaction of slam-dunking something into a trash can without looking. Such is the appeal of trick-shot videos.

We’ve seen plenty of awesome trick shots before, so we feel some sympathy for this guy who just fails over and over again. You can see him getting angrier and angrier as he tries to throw a ball into a container behind him, but just…keeps…missing.

The best part is that, after all that effort, he decided to post the failure video anyway. In a way, this is one of the best trick-shot videos we’ve ever seen. It reminds us how tricky those shots really are.

Photo via Tonniedixon/Wikimedia (CC BY 3.0)