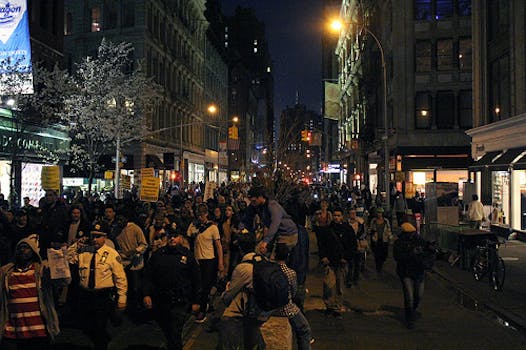 News coverage of the dead teenager has all but vanished over the past 9 months, and the "Stand Your Ground" law that forms his killer's defense is unlikely to be changed.

A year ago today, George Zimmerman shot 17-year-old Trayvon Martin in Sanford, Fla. A month later, it was the talk of the Internet, according to Google Trends. Today, using Trends’ method of tracking online conversation, there is 1/100th as much talk about Martin as there was a month out from his death.

Martin’s death was of interest to the country for a variety of reasons: Martin was a young black man. Zimmerman was older, and the son of a white father and a Latina mother. Zimmerman was not taken into custody initially, based on Florida’s controversial “stand your ground law” that allows gun owners to shoot with little consequence when threatened.

Zimmerman was a neighborhood watch member who had some issues with the police prior to the shooting. Martin was a good boy whom everyone liked, or a thug dressed in a the outfit of a gangster, depending on your politics, age, race, and economic status.

In the wake of Martin’s death, politicians like Jesse Jackson and Al Sharpton spoke repeatedly, calling for Zimmerman’s arrest, which was eventually made. Professional athletes wore hoodies in solidarity with the young man, and others who are harassed more on look than outlook. President Obama spoke, saying, “If I had a son, he’d look like Trayvon.”

In the months following his death, the Daily Dot alone published 20 stories on Martin.

The precipitous dropoff in coverage here has a simple, if uneasy-making, explanation. It’s not news anymore. It’s that simple. If you’re not interested, by and large, we’re not going to write about it. There are, and should be, exceptions to this rule, but it is a rule of publishing.

So, why aren’t you interested anymore? Is it “compassion fatigue”? So many things competing for your attention that you don’t have energy for anything deeper than skin-deep outrage at a satirical website calling a young actress a dirty name?

A sense of cynicism? After all, a year later, the state task force charged with reviewing the “stand your ground” law announced it sees no reason to change it.

Has the death of one teenager been washed out like a candle in the sun in the glare of the Newtown, Conn., shooting of dozens of schoolchildren, not to mention the other mass shootings that have happened in the past year—the Colorado movie theater, the Sikh temple in Wisconsin, and the Oregon shopping mall?

Was there too much emphasis on the shooting when it happened, or too little on its anniversary?

It’s so hard to say that it’s simply impossible. It bears thinking about, though. Because, you know who it hasn’t passed by unremarked on? Trayvon Martin’s mother, who held a hoodie vigil today for her dead son, and George Zimmerman’s mother, who has publicly defended her son against accusations of racism.

Zimmerman’s trial for second-degree murder is scheduled to begin this summer.