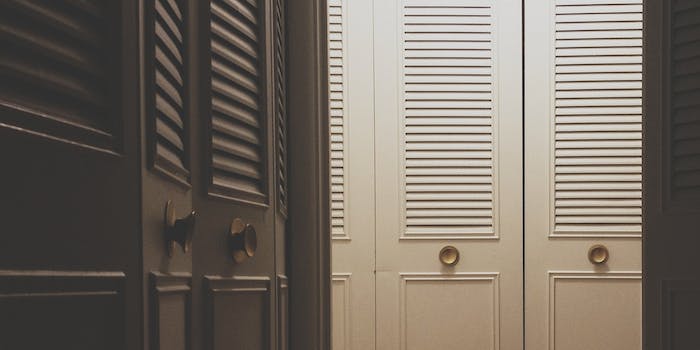 Only the face of Carlton Banks can express the raw emotion of this journey.

Back in October an epic series of tweets by a woman who called herself “Zola” went viral, and started a larger conversation about sex trafficking, and the role humor can play in telling an otherwise tragic story.

Although “Zola”, whose real name is Aziah Wells, later told Rolling Stone that the story was embellished to make it more entertaining, it still inspired its share of imitators, all hoping to cash in.

One of whom seems to have taken Zola’s formula and added his own version of R. Kelly’s “Trapped in the Closet” to make, what he hopes, is the perfect viral twitter story.

The man, who goes by “X” on twitter, tells a tale of a woman who is forced to hide in the closet of man she’s about to have sex with, when his lover pays them an expected visit.

The story has some funny moments, but what really pushes it over the top is that, every few tweets, X will stop the narrative to give us his reaction, which apparently can only be expressed via pictures of Carlton Banks.

The story’s not bad, and it’s significantly shorter than the Zola story, so it’s worth a read, but maybe not worth the movie deal its author asked for at the end.

Maybe, but until then, don’t drop out of film school.