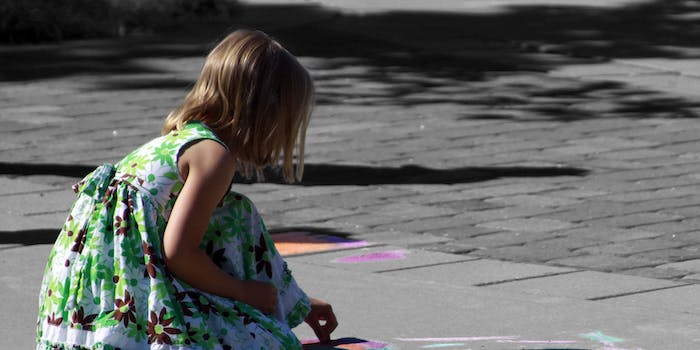 For transgender children, the Internet provides a frontier of possibility

When a Southern Baptist Republican can fiercely advocate for a transgender child, something is changing.

When I hear that someone is a Southern Baptist Republican, the first thing that comes to mind is not an overwhelming sense of tolerance and love—we can thank the aggressively hateful voices in the party, and the faith, for that. But one Kansas City mom who identifies as precisely that just wrote a beautiful tribute to her transgender daughter and certainly showed me up when it comes to notions of tolerance, acceptance, and integration. More than that, she highlighted the fact that while fear and hatred of the trans community are actively cultivated by society, it’s amazing how quickly some people can change when confronted with the reality of an actual transgender person in their lives.

A.J. is a bright, active transgender 6-year-old who’s been in transition since age 4, when it became readily apparent to her parents that something deeper was going on than just a desire to wear dresses. She started tugging and pulling at her genitals, saying they didn’t belong and didn’t feel right, and she asked for dresses, girls’ underwear, and other gendered garments. When her parents took her to their pediatrician, she affirmed her gender identity loud and clear—and now, A.J. lives as a girl.

It hasn’t been, as her mother explains, an easy journey. In a feature story for the Kansas City Star, their family details were anonymized, as A.J. had already lost her childhood friends and been forced to make some radical changes in her life. Some of her new friends and community members aren’t aware she’s trans, and her family is working to keep it that way, for fear that their daughter will grow up in an atmosphere of intolerance and hate.

We’re facing a new generation of trans kids who are changing the shape of society, one by one, and those children have the most supportive generation of parents yet. In part, that’s due to increased visibility in the transgender community, but a huge component of that takes place within the framework of digital activism. A.J.’s mother couldn’t have found resources without the Internet, which proved to be incredibly valuable when she was struggling for an answer to what was tormenting her daughter.

She wouldn’t have been able to seek out information about what other parents of trans children are doing and how they’re coping with issues like coming out in school, seeking treatment, and helping their children deal with cruel comments and social isolation. The Internet proves to be an invaluable resource when it comes to education for parents of trans children looking for advice from other parents as well as trans people themselves talking about transition, acceptance, and living their lives.

Digital activism has become a huge and important tool in the trans toolbox. As a trans teen growing up in a rural area in the era of dialup, almost no resources were available to me, and I wouldn’t have even begun to know how to search for them even if they were out there. Now, trans children and teens, as well as their parents, have a wealth of material at their fingertips and can enter a world where trans people are out, proud, and active.

Janet Mock’s #girlslikeus hashtag explores identity and gender for trans women, while model Carmen Carrera is turning heads and challenging Katie Couric when she makes incredibly inappropriate comments about genitals. Private Chelsea Manning’s case is a matter of fascinated discussion and commentary in the media, while Lana Wachowski’s very public transition provided yet another point of reference for a cis public. The trans community here, it’s not going away, and it’s playing a vital role in digital environments.

A.J.’s mother’s willingness to seek out that information and embrace her daughter as she was, rather than who she wanted A.J. to be, was a testimony to some important social shifts.

When a Southern Baptist Republican can fiercely advocate for a transgender child, something is changing. The isolating social attitudes that have been used to exclude and marginalize the transgender community are starting to crumble, though the movement has a long way to go. Laverne Cox and Janet Mock are living very active and public lives, challenging norms about what it means to be transgender. Trans kids are asserting the right to join sports teams and use the right bathroom in multiple states.

And children like A.J. are showing that sometimes, the best way to teach tolerance is simply to exist. While trans people don’t owe a debt of education to the cis community, it’s striking that as trans visibility increases, so does tolerance—transphobia and hatred of the trans community stem, in part, from a refusal to interact with trans people, to learn more about what it means to be transgender. A.J.’s parents aren’t “pushing a liberal agenda,” as her mother puts it—they still retain very conservative values and attitudes.

But they do believe, now that they’ve interacted with their daughter and met the larger trans community, that: “There is a profound difference between wanting to be something in imaginary play and in declaring who you are insistently, consistently and persistently. Those are three markers that set transgender children apart, and my daughter displayed all of them.”

For children like A.J., we are living in a new and wildly different landscape. Every story like hers gives me hope for this generation and the ones to come, and it highlights the value of trans visibility in the social landscape, on social networks, and across the digital world. What would have happened if her mother, seeking out information, had found nothing? How would A.J.’s life have turned out in a world without transness at the digital frontier?

Photo via Wyoming_Jackrabbit/Flickr (CC BY 2.0)