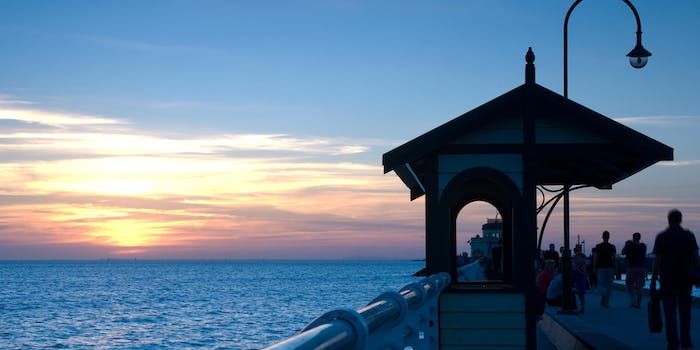 "She was still out in the water lying on her back in a floating position because she told us later that she couldn’t swim."

A tourist in Australia unknowingly took a long walk off a short pier this week—and she’s got Facebook to thank.

The tourist, who’s believed to be Taiwanese, found herself so engrossed in her Facebook feed the other night at 11:30pm that she walked straight down the St. Kilda pier in Melbourne and continued on until she hit water and drifted 65 feet off the coast.

Witnesses quickly called for help. When police showed up, they found the woman “floundering” in the water with her phone still in her hand.

“She was still out in the water lying on her back in a floating position because she told us later that she couldn’t swim,” said Dean Kelly, senior constable of the state water police. “She had her mobile phone in her hand and initially she apologized and said sorry.”

She was taken to the hospital and treated for injuries that are not to be considered serious.

“With Facebook, or social media in general, if you’re anywhere near the water just pay attention,” Kelly added.

Maybe the tourist can add that to her status update.