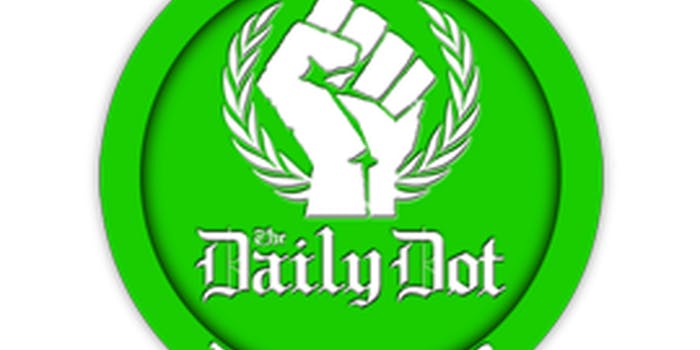 The top 10 most influential Internet rights activists in 2012

Activism isn't a game with a scorecard or obvious metrics, but these 10 individuals deserve recognition for their efforts this year.

How crazy was the year in the Internet rights movement? Thousands of websites went dark to protest Stop Online Piracy Act, a controversial bill that critics charged would threatened the Web as we know it. The move prompted untold numbers to call Washington and led to Congress stalling on the issue like a 404 error.

That show of democratic force kicked off an utterly unprecedented year for a new breed of Internet activism: A bus—John McCain’s decommissioned Straight Talk Express no less—campaigned across the country to discuss Internet freedom. A cat signal literally lit up the sky in New York, San Francisco, and London, a warning that a coalition of Web luminaries would fight if their home was threatened again. Activists in over 100 cities in Europe physically, and successfully, protested a trade agreement they feared would wreck online copyright enforcement. And a few well-known activists drafted the Declaration of Internet Freedom, which supporters translated into 70 languages.

But rest assured: This is only the beginning. The front is sure to be constantly shifting, but SOPA rang a bell that can’t be unrung. While the Internet rights movement is not a game, with clear winners or stats, these 10 activists led the charge and made the biggest impact in 2012.

Though he actually left in 2009, Reddit cofounder Alexis Ohanian remains the site’s most visible mascot (well, at least after Snoo, the Reddit alien, which he created). But in 2012, as Congress prepared to vote on SOPA—which, he said, would have precluded Reddit’s creation—Mr. Ohanian went to Washington.

There, he testified before Congress about how SOPA would unintentionally affect a significant portion of the Web. He spoke from experience: Since Reddit’s lifeblood is user-submitted links, he said, SOPA, which allowed the government to shut down a website that even inadvertently linked to pirated sites, would have kept Reddit from ever being created.

Then Reddit, backed with Ohanian’s visibility, became the first major site to promise to go on strike for SOPA, creating a domino effect of some of the most visible sites on the Internet, including Wikipedia, the Cheezburger Network, WordPress, and Google.

Ohanian’s crusade didn’t stop in January. He’s popped up at nearly every popular Internet freedom movement of 2012. In May, he brought SOPA’s most vocal critic in the House of Representatives, Rep. Darrell Issa (R-Calif.) to explain himself for voting for the Cyber Intelligence Security Protection Act (CISPA), the most Internet-hated bill since SOPA. In July, Ohanian helped draft the Declaration of Internet Freedom, then gave the keynote speech at the unveiling of New York City’s “cat signal” to warn of dangers to the Internet. Then in August, upset that neither presidential candidate talked about Internet freedom, Ohanian commissioned a political campaign bus—INTERNET 2012 emblazoned across the side—and toured America’s heartland to campaign for the Internet himself.

There have been plenty of times over the years that Internet activists came together and penned  documents that echo the Declaration of Independence. But 2012’s Declaration of Internet Freedom, written by some of the day’s most promising Internet activists, did something special: it actually became popular. Simple and plain by design, the five-point plan has been signed by more than 50,000 people, including six members of Congress.

Though it was a joint effort, the mastermind behind the Declaration was Levy, the Internet campaign director for advocacy group Free Press.

Sen. Ron Wyden (D-Oreg.) has a pedigree unlike any other: He’s been fighting SOPA’s sister bill, the Protect IP Act (PIPA), since before it even existed. As far back as 2010, PIPA’s author, Patrick Leahy (D-Vt.), wanted a bill that would aggressively fight Internet piracy but could threaten the architecture of the Internet. So he created the Combating Online Infringement and Counterfeits Act (COICA), PIPA’s precursor. Wyden argued vociferously against both PIPA and COICA, and became an early warner about SOPA.

To date, he’s the sole senator to sign the Declaration of Internet Freedom and he’s done plenty more for the Internet since January. Most notably, he’s been a vocal critic of the Trans-Pacific Partnership, a massive trade agreement, negotiated in secret, whose standards could affect the ‘net without being vetted by the public.

Reddit’s general manager and often Ohanian’s right-hand man, Martin was the unsung hero for the biggest stunt the U.S. has yet seen: the Internet 2012 campaign bus, which drove across America this fall to remind people that Internet freedom is a political issue. Martin helped orchestrate the itinerary, loaded with stops at startup companies and small businesses.

2012’s other massive trade agreement that had the potential to rewrite how countries deal with the Internet through secret trade agreements was the Anti-Counterfeiting Trade Agreement (ACTA), which was signed with ease by plenty of countries, including the U.S., where the Trade Representative’s office stamped the country’s approval without asking Congress for permission. This summer, the stage was set for the European Union, ACTA’s final major player, to sign on.

Except, amazingly, it didn’t. Committee after Committee in the European Union (EU) recommended against ACTA. None played a bigger part in convincing her colleagues of the agreement’s dangers than 25-year-old Amelia Andersdotter, the youngest member of the EU parliament. A Pirate Party member from Sweden, Andersdotter lobbied relentlessly against ACTA, which the EU, when finally called to vote after months of deliberation, overwhelmingly rejected.

When it comes to fighting for and protecting digital rights, Electronic Frontier Foundation’s team of lawyers and activists for digital rights is second to none. And nobody on their team does more than Activism Director Rainey Reitman. From detailing the potential problems with cybersecurity in the Senate to pointing out how a law designed to penalize sexual predators in California is actually a threat to online anonymity, Reitman is always on the frontlines.

Reitman’s also a founding member of the Internet Defense League, a colorful coalition of activists who have pledged to always be prepared for the next major threat to the Internet after SOPA.

Wikipedia’s founder might have introduced scores of users to SOPA by putting a banner over his English-speaking sites on that fateful January day (to the dismay of a few unknowing students), but his activism goes past that.

In June, Wales made a pet cause out of Richard O’Dwyer, who was arrested and seemed set to be extradited to the U.S. for founding the website TV Shack, which linked to streamed, copyrighted videos. Wales was at least partially responsible for popularizing O’Dwyer’s case, setting up a petition on his behalf that gathered more than 250,000 signatures. It’s unclear how much direct impact Wales had, but O’Dwyer’s fortunes turned: He accepted a settlement to avoid extradition in November.

8) Vint Cerf Father of the Internet

Vint Cerf did so much for the Web before 2012 that he could sit on his sidelines and still deserve an honorable mention for years to come. (He’s the only one on this list to receive a Presidential Medal of Freedom for creating the Internet, for instance.) But Cerf, whose many tasks include serving as Chief Internet Evangelist for Google, uses his influence to thoughtfully anticipate problems that the Web faces.

Most recently, Cerf has taken the initiative against the possibility that the U.N.’s International Telecommunication Union (ITU), which governs communications standards (think, for instance, international country codes for telephones), might try to claim authority over the Internet. While activists are universally opposed to even the possibility of this, when Vint Cerf, who actually designed the Internet’s architecture, speaks out, people listen.

Though she told the Daily Dot she shares this award with Fight For the Future cofounder Holmes Wilson, Cheng, the organization’s codirector, gets a spot on this list for sheer volume alone. While the activist group had warned the Internet about PIPA with a 2011 video, FFTF really took off in 2012. First, it organized people to tweet about SOPA and PIPA and to call their representatives in Congress to stop it (which, amazingly, really worked).

But the group didn’t stop there. FFTF has created an entire campaign about nearly every threat to the Internet de jour since then. Whether the issue’s the government’s ability to read your email without a warrant (vanishingrights.com), the ITU, or the implications of the Cyber Intelligence Security Protection Act (CISPA) (doyouhaveasecret.org), nobody’s as active or more creative in the fight.

Almost certainly the most effective Internet freedom fighter no one in the U.S. has ever heard of, Radtke first learned about ACTA in 2011, soon after joining the Pirate Party in his local Germany. Upon hearing the party didn’t have any big plans to stop the trade agreement, he partnered with fellow German Pirate Thomas Gaul and promptly declared a Europe-wide protest. He set up a Wiki page to help others to organize locally, enlisted pirates across the continent, and spent two weeks utterly devoted to the protests, which included “~10.000 emails” and “2-4 hours every day” on the phone, he told the Daily Dot.

The end result? An estimated 120 cities, an estimated 120,000 protesters, and 3 million petition signatures leading to what the EU called an “unprecedented” display of Democracy. ACTA was resoundingly defeated in the EU Parliament with a vote of 478 to 39.