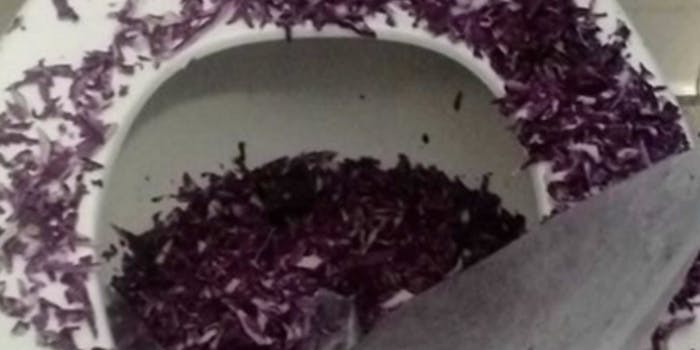 OK, which one of you clogged this toilet with cabbage?

A mystery for the viral age.

Throughout history, humans have vexed themselves with imponderables: What is the sound of one hand clapping? How can we find true happiness? Why are we here?

To this list of questions we must, unfortunately, add another: Who the fuck did this? 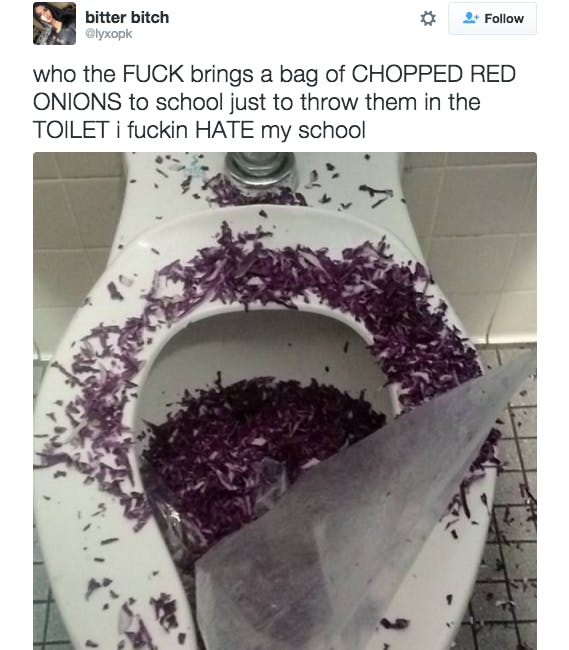 “But wait,” you will no doubt protest, “that’s red cabbage, not onions.” And you, my friend, will have missed the point—just like virtually everyone else who replied to that tweet.

@lyxopk its actually cabbage, hun. get ur veggies right.

@TheJaQuanJones @lyxopk i was thinking that too lmao is it cabbage

This, you see, is a typical Internet defense mechanism when dealing with the unexpected and unexplained: Correct some minor detail in the source post and move on. But whether it’s cabbage or onions, the essential mystery remains. We have learned nothing.

I don’t blame people for focusing on the small stuff rather than grappling with the apparently motiveless cabbage-bombing of a toilet. It’s their right. I just can’t escape the notion that we as a species will never move forward if we keep avoiding these issues.

So, do you have any idea what happened here? Are you the dastardly cabbage fiend? Was this no more than an absurd or embarrassing accident? If you have the answers, it’s within your power to make this a better world for everyone. Tell us, or we’ll toss and turn all night.