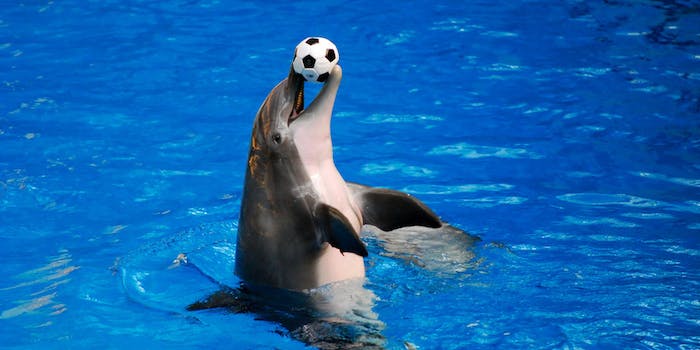 This little kid and his dolphin are experts at playing catch

All it takes is a dolphin to add some new life to a beloved playtime activity.

With a young boy as a willing participant, it’s a rousing game of catch for the ages, and for many cat and dog owners, it’s something they’ve never seen. Admittedly, the kid is working a lot harder than his flippered friend, but it’s no less impressive.

We’re equally in awe and in envy.

This is how catch should go: with the innocence, determination, and joy that comes from seeing a dolphin come out of the water just to throw you a ball.